“You can’t get anywhere unless you can engage the reader with a
compelling character in a recognizable situation.”
--- Dahlma Llanos-Figueroa 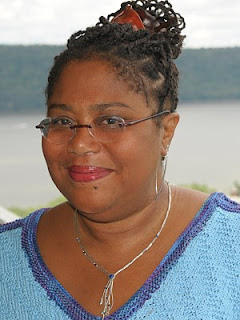 Q:   Tell us about yourself. Where are you from? About your "day job"?

I was born in Rio Piedras, Puerto Rico, and raised in New York City, mostly the Bronx. But I go back to the island often as my roots are firmly planted there, although my daily reality is still in the Bronx. Luckily for me, I am a full time fiction writer now. But before I retired in 2004, I was a NYC English teacher and Young Adult librarian.


Q:   Tell us about the book. How did you get the idea for DAUGHTERS OF THE STONE? Why a saga? Where did the stone come from? Did your story begin with a character or a theme?

The novel is based on the oral storytelling traditions of rural Puerto Rican women. I wanted to pay homage to the women who have held our families together and show the larger picture of the journey of one Puerto Rican family from capture in West Africa through colonial Puerto Rico to immigration to urban America. Given the scope of the story, it had to become a multigenerational tale. The stone is the symbol of the African roots, the strength, and the spirituality and mysticism that sustained the women throughout their journey.

When I began writing, I didn’t really know that what was emerging would be a novel. It grew organically until it presented me with what it was becoming. However, I would say that for me, character and story come first. You can’t get anywhere unless you can engage the reader with a compelling character in a recognizable situation.


Q:   What awards has DAUGHTERS OF THE STONE won? Any other awards you've receive for writing? 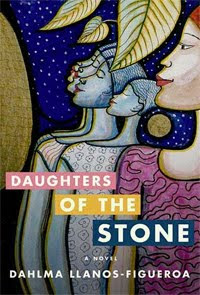 I’ve received various awards for my work from the following: The John Oliver Killens Writers’ Workshop, the Bronx Council for the Arts and full and/or partial fellowships from The Caribbean Writers Workshop (University of Miami) and from The Summer Literary Seminars (St. Petersburg, Russia and Montreal, Canada).

Q:   I understand you met your editor Toni Plummer, Thomas Dunne, at a book making craft class. What's the story behind the sale of your novel?

My meeting and collaboration with Toni Plummer was totally unplanned and absolutely serendipitous. Some people would say it was coincidental. I don’t believe in happenstance. We met at the right time for both of us. We were both in a bookbinding workshop sponsored by the Association of Hispanic Artists. She asked me to send her some of my work and the rest is history.

When I am actively writing, I get up at the crack of dawn, sometimes before. I need the solitude and silence of 4 or 5am to center myself. I light a candle, some incense and sit in meditation for about half and hour. Then I write whatever images come to me in my journal. Often, I don’t know how these images or scenes will connect with my work until much later, but I’ve learned to trust my creative force that way. I let the work evolve on its own and later used my skills to hone and rework scenes. That’s where the real work comes in. Then I get up a little later, and work from 6-12 noon. By then my brain is fried and I need to get up and do something else.


Q:   Who are the authors / books that have inspired you?

I love women writers who see what we all see and go beyond and beneath the surface. Toni Morrison’s earlier novels gave me permission to delve into my African heritage and portray it as a living force in today’s world. Her honesty in SULA and THE BLUEST EYES was an inspiration. Her latest novel A MERCY is a masterpiece in my opinion. Isabel Allende’s work, especially THE HOUSE OF THE SPIRITS, gave me permission to use magic realism and mysticism in my work. Reading LA ISLA BAJO EL MAR brought me back to appreciation of literature in Spanish and the ways in which language lends an authenticity that no amount of translation can provide. Cristina Garcia’s work opened the door to Caribbean modes of expression, folklore and ritual. She is a master of spreading a veneer of comedy over the most painful situations. DREAMING IN CUBAN, THE AGUERO SISTERS and MONKEY HUNTING are wonderful examples of these. And, I love the non-traditional storytelling of Susan Minot’s EVENING.


Q:   What are you writing now? What is that story about?

I’m working on a collection of short pieces, a travel/memoir book called WRITING ON THE ROAD, and the characters in DAUGHTERS OF THE STONE aren’t quite done with me so I guess down the road there will be a re-visitation of that world.

I am on Facebook but I’m not a techy and prefer email. My web site address is http://www.llanosfigueroa.com/ and this is the best way to contact me or check up on updates and my events schedule. I try to send out a quarterly newsletter for people who sign up on my web site. I had to cut about 250 pages from the original DOS manuscript and I’ve been doing monthly postings of some of these chapters on my web site for readers who want a richer understanding of the story.♥


COMMENT:   Have you read the DAUGHTERS OF THE STONE?  What did you think?   What other books have you read that are multigenerational?  Let us know.  ---mcf

Unknown said…
I really enjoyed her writing. I felt like I was hearing unspoken stories from my abuelitas- painful, beautiful and hopeful.
11:48 PM