November 30, 2010
(Also, Today, Nov 30--Raul will be discussing the Latino Vote on HITN cable TV. See bottom of this post for more details.) 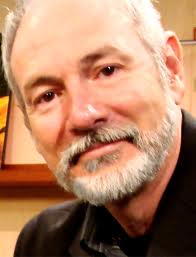 Q:   You started writing AMERICA LIBRE in 2004. Your America has an ex-black president and a lot of civil unrest due to prejudice against Hispanics. That’s about 4 years before Obama was even on the Democratic Ticket’s radar, before the Texas border wall, before the Arizona immigration controversy. Where did you get the idea for the book?

A:   For over 20 years, I’ve made a living in advertising. In that business, it’s important to spot trends. And one of the trends I noticed were early reports from the 2000 about the explosive growth of the Latino population in the United States. As a student of U.S. history, I sensed this might create trouble. Because many times in the past, when immigrants have arrived in the U.S. in large numbers, the reaction by some has been hostile. The idea for AMERICA LIBRE came from a public television documentary I was working on in 2003 based on that theme. While waiting for funding on the film -- which has yet to arrive by the way -- I began a work of fiction using the same basic research.

Sadly, what is happening today in the U.S. has happened before with Germans, Jews, Irish, Italians and other immigrant groups. To me, it seemed only a matter of time before history would repeat itself. What I imagined was a worst-case scenario based on the historic U.S. hostility to a large influx of newcomers – especially when members of this group have ancestral roots on U.S. soil. Hopefully, my talent as a prophet will end with the current level of conflict we’re seeing across the country. But the embers for a wider conflict are there. And unfortunately they’re being stoked by extremists at this very minute.

As to a Black ex-president, I must confess that was a last minute edit I made just before AMERICA LIBRE went to press.


Q:   You self-published AMERICA LIBRE, then within five months sold it and a sequel to Grand Central Publishing. What was cut out of the “new” book version?

A:   Actually nothing was cut in the second edition. My editor at GCP had some excellent suggestions which included deepening the character of Rosa, the wife of protagonist Mano Suarez. I think the book is better for it.

Q:   Tell us about the AMERICA LIBRE trilogy. What should we expect in Books 2 and 3? Was it always three books?

A:    I started writing AMERICA LIBRE with the very last scene. I won’t tell you what that is, but I will tell you I finished that scene and started working backward from there. The more I wrote, the more I realized the story was too complex to fit one book. There were too many dramatic arcs. After plotting out the entire saga, I decided it would work best in three books.

The sequel to AMERICA LIBRE is HOUSE DIVIDED. Grand Central Publishing will release my second novel in January 2011, which is not far off. I don’t want to give you any spoilers but I can tell you that AMERICA LIBRE is centered on a romantic triangle while HOUSE DIVIDED centers on the age-old friction between fathers and sons. The third book in the series, PANCHO LAND, will be another romantic triangle, this time of the next generation.

While we’re talking about my books, I should mention that I can sometimes phone in to discuss my novels with local book clubs. I’ve done this in the past and it has been engaging and fun.


Q:    Should Americans – Hispanics, whites, blacks, et al – fear separatist movements in the SouthWest? Do these groups fuel racism? Why aren’t they being stopped?

A:    I think extremists of every stripe are their own best friends. They need each other to sustain their agendas. Unfortunately, the rest of us can get caught up in their games—especially today when we have a media environment that makes news into a marketable commodity. The perspective I’d like AMERICA LIBRE to give readers is that ordinary people like the central character Mano Suarez can get caught up in events triggered by extremists. Each of us needs to be aware that we are being sold the news with the same aggressive hype used to launch a new sitcom. Extremist groups have always existed. But today, they get attention like never before. And that makes their presence more dangerous than ever. So whether they are separatist or supremacist, they are equally divisive.


Q:   AMERICA LIBRE “paints a nightmare scenario” – riots in the streets, Hispanics adorned with scarlet letters, quarantine (aka concentration camp) zones. Can you see this happening in today’s America? Can there be another Civil War? Can there ever be a Hispanic Republic of North America?

A:   I hope not. I wrote AMERICA LIBRE as a cautionary tale, the way George Orwell wrote 1984. It’s a warning. It’s a way of making people realize that words have consequences; that politicians who demonize and demagogue are playing with fire. The scary part is that the kindling to start the blaze is already there.


Q:    You won first prize in the “Books into Movies Awards” from Latino Literacy Now. What does this mean for AMERICA LIBRE? How do you think Hollywood will react to the book? What other awards has AL won?

A:   Like any author, I’d love to see AMERICA LIBRE become a movie. At the same time, I worry about the way the story and characters might be changed. In AMERICA LIBRE, I tried to portray a more diverse view of Latinos than is typical for Hollywood. It will take a brave producer and director to buck the stereotypes and stay true to the story. I trust that Latino Literacy Now will help me keep the vision intact as the book goes from page to screen. Of course, the Books Into Movies award is not a guarantee the book will ever become a film. But the support of LLN and Edward James Olmos are a powerful influence.

I’m happy to say that along with the Books Into Movies Award, AMERICA LIBRE has also won Best Action Adventure Novel at the 2008 International Latino Book Awards and was a Finalist in the Violet Crown Fiction Awards from the Writers League of Texas.

By the way, if Latina Book Club readers are interested in playing Hollywood casting director, they can go to my author’s site and vote on who they would choose to play the starring roles in a film adaptation of AMERICA LIBRE.


Q:   Tell us about the “real” Raul. Are you a full-time writer or do you have an outside job? Personal life?

A:   My working life these days is divided between fiction, editorials and working on selected marketing projects. I’ve also had the privilege to speak at several colleges over the last few years on Latino issues. Meeting tomorrow’s leaders has been one of the best rewards of being an author. In my spare time, I occasionally play golf because I feel it’s important to strive at something for which you have absolutely no talent. Sometimes I play guitar and piano for the same reason.

A:    My wife is convinced I am actually from a planet with a different day length. I like to write fiction well before dawn when the house is silent and my mind is fresh. But my writing routine varies considerably.


Q:   What authors have influenced you?

A:   I’m a huge fan of Leon Uris, the father of the political thriller. I admire the spare prose of Walter Mosley. And I love the characters drawn by Sue Monk Kidd. Pablo Neruda is the undisputed master of the metaphor. All these writers have influenced my work.

A:   In no particular order… INTO THE BEAUTIFUL NORTH by Luis Alberto Urea, WHAT IS THE WHAT by Dave Eggers, COLLAPSE by Jared Diamond, FEDERICO VILLALBA’S TEXAS by Juan Manuel Casas, EXTRAORDINARY STORIES OF HISPANIC WOMEN by Laura Contreras-Rowe and LEARNING TO DIE IN MIAMI by Carlos Eire.


Q:   You have a marketing background, which you’ve used to promote AMERICA LIBRE to critical acclaim. What marketing tips can you give to new authors?

A:   The biggest thing is this … as a author, you must be willing to promote your work. I know it’s not fun. But in today’s publishing climate, an author with the ability and willingness to help a publisher sell books will have an edge in getting published. The good news is that there are many new venues available. Blogs, social media and special interest publications are all great resources for building a platform. In fact, I am hosting a workshop on marketing for writers at the Southern California Writers Conference in San Diego on February 18-21.

Q:   Where can readers buy the “Class H” t-shirts?

A:   Oh, I see the word is out on the t-shirts! I’ve had these in the works for months and I will finally have some available in time for the release of HOUSE DIVIDED. For more info on the t-shirts, I hope Latino Book Club readers will visit my author’s site. ♦

Is there a national consensus among Hispanic voters? Did the Latino vote allow the Democrats to keep control of the House? These are some of the topics I will discuss with other guests and callers on Dialogo de Costa a Costa, a live national Spanish-language TV talk show hosted by veteran broadcast reporter Malin Falu on HITN. I hope you will tune in and call, email or text your comments or questions. (Even if you don’t speak Spanish, watching me squirm and sweat is fun in any language.

How to take part:


DO LEAVE A COMMENT.  Let us know if you've read AMERICA LIBRE and got a Class H t-shirt.  (I do!)  Also, what you think about the possibility of a Hispanic Republic of North America?

dovalpage said…
Wow! I want to read that book! The plot sounds fascinating and the very story behind the book,, how he self published and then sold it...A must read indeed! I also liked the trailer very much!
9:47 PM

Unknown said…
Thanks for your kind words, Teresa. And a big thanks to Maria for including AMERICA LIBRE as a Book of the Month and an excellent review and interview. Muy agradecido.
12:21 AM

Unknown said…
This comment has been removed by the author.
12:21 AM