REVIEW: THE VOTING BOOTH AFTER DARK 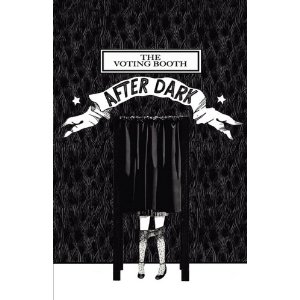 “Raise your white flags, dirty as they may be.”
THE VOTING BOOTH AFTER DARK is a short volume of poetry and essays that follow a group of gay and lesbian Latino club kids in Los Angeles during the course of the 2008 presidential elections.
As Obama moves into the White House and Bush moves out, the characters too find themselves on the “Eve of Change.” Whereas, before the elections, they—like most of the country—find themselves full of angst, hopelessness, just like “another ungrateful useless American sitting on the edge of a cliff.”
But that “Anguish” is followed by a little hope: “I yearn, I thirst, I crave not to throw all my hard won years away.”
And, what begins as dead end days, full of despair, end in acceptance, compassion and trust. With a 40-ounce or a bottle of Barcardi on hand, these 20-somethings are ready to face their brave new world: “The new world feels new again. The air is crisp with exciting promises of something greater.”
THE VOTING BOOTH AFTER DARK is at times humorous, other times raw and edgy, but filled with emotion and passion about these “curios children with adult powers.” 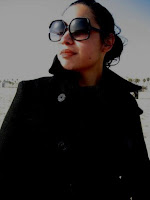 ABOUT THE AUTHOR: Vanessa Libertad Garcia is a filmmaker and writer. She is working on a feature film, “Dear Dios” based on the characters from THE VOTING BOOTH AFTER DARK. Vanessa is also writing a second collection of love poetry and reflective essays entitled, BLOODY FUCKING HELL. Visit her at http://www.vanessalibertadgarcia.com/.

Book Club Reviewer said…
We met her at last year's Latino Book Festival. She was awesome!