The Latina Book Club will feature "Author Cameos" every Wednesday -- brief bios of new authors to explore. Join us and, as always, Read Latino.

Mary was a reporter at the LA Times Community News (“second greatest job”), and her articles have appeared in Latino Future, Romance Writers Report, Tu Ciudad and Animation World Network. In 2004, Latina magazine called Mary “an author to look out for” and in 2005, OC Metro magazine named her one of the hottest 25 people in the O.C. And, she still is!

To learn more about this author visit her at http://www.marycastillo.com/. 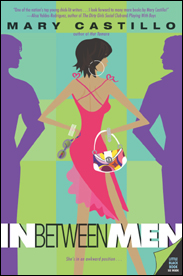