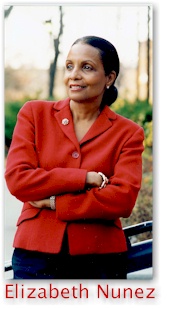 Elizabeth Nunez emigrated from Trinidad to the U.S. after completing high school. Nunez is provost at Medgar Evers College, the City University of New York, and the award-winning author of six novels, including PROSPERO’S DAUGHTER, the New York Times Book Review Editor's Choice and 2006 Florida Center for the Literary Arts One Book, One Community selection at the Miami Book Fair.

Nunez’ writing style has been compared to that of Toni Morrison and Alice Walker. Winner of numerous awards, she is also a co-founder of the National Black Writers Conference, and was its director from 1986 thru 2000. She continues her work in support of writers of color with her radio program on WBAI 99.5FM and as chair of the PEN American Open Book committee. 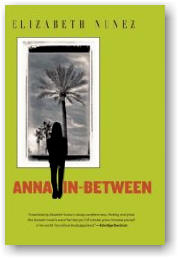 SUMMARY: Anna, the novel's main character who has a successful publishing career in the United States, is the daughter of an upper-class Caribbean family. While on vacation in the island home of her birth she discovers that her mother, Beatrice, has breast cancer. Beatrice categorically rejects all efforts to persuade her to go to the United States for treatment, even though it is, perhaps, her only chance of survival. Anna and her father, who tries to remain respectful of his wife's wishes, must convince her to change her mind.


DO COMMENT.  Let us know what books by Elizabeth Nunez you've read and enjoyed.