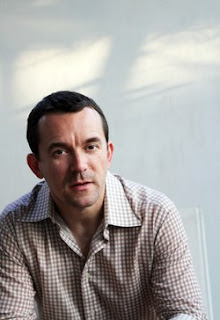 Paul Reyes is the former editor at large of The Oxford American and currently is a contributing editor with Virginia Quarterly Review. He began his career in journalism grinding it out as a fact-checker for such magazines as Lingua Franca, Talk, The New York Times Magazine, Harper’s, and GQ.

His first book, EXILES IN EDEN: LIFE AMONG THE RUINS OF FLORIDA’S GREAT RECESSION (Henry Holt & Co., 2010), is a hard-hitting, personal, and poetic portrayal of his own family and the people and communities affected by the foreclosure crisis.

BOOK SUMMARY:  While working with his father’s small company that “trashes out”—enters and empties—foreclosed homes in Florida, Reyes wrote EXILES IN EDEN. Grounded in Florida and Reyes family history, and with character-driven visits to the dark corners of this crisis (including with those who are calling for revolution) Reyes explores the human element of this frightening rattling of the American Dream. From examining the unique “ecosystems” of each failed mortgage to witnessing parts of abandoned Florida returning to its wild natural state, Reyes takes the reader far from the machinations of Wall Street to the sun-baked side streets where the true costs of this crisis can be seen. The result is a book about the allure and dream of home—and a portrait of an America where the exiled insist on the right to their own America dreams, even as the terms are forcibly redrawn. 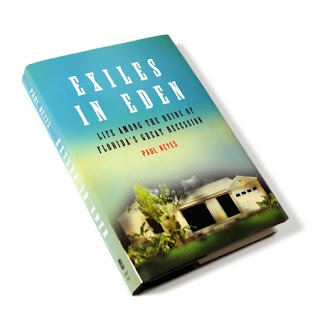 EXILES IN EDEN
by Paul Reyes

For more information about this author, visit him at http://www.paulrreyes.com/.