September 01, 2011
This post is an official stop during THE IRISH SOLIDERS OF MEXICO Condo Book Tour.


REVIEW:   It has been said that history is written by the victors, or, as Dr. Hogan exposes, not written. The San Patricios were a small battalion of soldiers; some who deserted the US Army during the Mexican-American War of 1846-1848, or as the Mexican’s call it, The War of Intervention.

American writers if they deemed it necessary to mention the San Patricios, dismissed them as deserters and turncoats. Hogan has uncovered that they were more than that. The San Patricios were in fact Mexico’s “Foreign Legion,” made up of Mexicans, Irish, Germans, French, etc; though they continue to be thought of exclusively as Irish soldiers.

Yes, some of the San Patricios deserted the US Army because of racial and religious persecution. They had escaped Europe for America only to be met with the same prejudices so when they got a chance to flee to a more sympathetic country and one of the same religion as their homeland, they took it. They were the pride of Mexico’s President Santa Ana and often the last men standing between their new homeland and an invading army bent on a “manifest destiny.” An army that destroyed property, assaulted women and massacred civilians; An army that neither Generals nor politicians could control or rein in or even want to.

Over 9,000 men deserted the US Army during the Mexican-American War, but only the 50 San Patricios captured were whipped, branded and hung in what was to be described as a “terrible spectacle,” as the “largest hanging affair on the North American continent.”

War is not pretty and Dr. Hogan doesn’t sugar coat it for us. He has certainly done his research, and has taken what has been a footnote in history for the past 200 years and uncovered a wealth of information – and misinformation! – on the small band of brave and courageous soldiers known as “Los San Patricios,” aka The Irish Soldiers of Mexico. His dedication to exposing the truth about these soldiers is impressive, as is the fact that he has visited every battle site and found most of their graves.

THE IRISH SOLDIERS OF MEXICO is easy to read and follow. Hogan does a great job of mixing history and research without boring the reader. He even has enough footnotes and references to make an English professor giddy. Readers will be well pleased with this new account of the Mexican-American War and the new picture of the San Patricios, especially since the anniversary of the hangings is almost upon us, September 12. 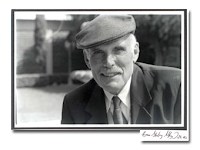 ABOUT THE AUTHOR:  Dr. Michael Hogan lives in Guadalajara, Mexico, with his wife Lucinda Mayo, the internationally known fabric artist. He is the author of 16 books, including a history of the Irish battalion in Mexico which formed the basis for an MGM movie starring Tom Berenger. As an author, he has received wide recognition for his work, including a PEN Award, two Pushcart Prizes, an NEA fellowship, the Benjamin Franklin Award, and the Gold Medal of the Mexican Geographical Society. To learn more about this author, visit him at http://www.drmichaelhogan.com./


NEXT STOP ON THE TOUR:    Chica Writer


PURCHASE:    Both formats can be purchased through Condor's Bookstore http://condorbooktours.com/BookStore.php (an Amazon affiliate) 100% commissions on books sold during the Book Tour will be donated to the Isabel Allende Foundation ( http://isabelallendefoundation.org/).

FTC Disclosure: I received a free copy of this book to review from Condor Book Tours. I was not required to write a positive review. The opinions I have expressed are my own. --mcf

Silvio Sirias said…
Thank you, Latina Book Club, for this informative review. As the writer states, Hogan has "uncovered a wealth of information – and misinformation! – on the small band of brave and courageous soldiers known as 'Los San Patricios,'aka The Irish Soldiers of Mexico. This is what makes great history books worth reading.
3:21 PM

Oscar Bueno said…
When I first picked up this book, I was afraid that it would be kind of boring. I was very wrong! The story is amazing. Dr. Hogan grabbed my attention and kept it throughout the whole book. Thank you Michael for telling us the true story of the San Patricios.
11:02 AM