ONCE UPON A HERITAGE

The Latina Book Club welcomes Mike Padilla, author of THE GIRLS FROM THE REVOLUTIONARY CANTINA, who graces us with a short story for Hispanic Heritage Month. Thank you, Mike. It’s beautiful. Felicidades to all of us. 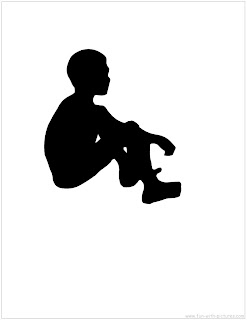 Once upon a time there was a boy who was taught by his immigrant parents, through cues sometimes subtle and sometimes overt, that in order to fit in it was better to not bring too much attention to the Mexican in his Mexican American-ness. Like his parents, who wanted to blend into the neighborhood of mostly white shiny faces in which they lived, the boy understood the desire to belong. He wanted to be invited to birthday parties. He wanted people to talk to at school.

One day, a teacher (who happened to be the very first black teacher ever hired by his school, with an awesome globe of an Afro the likes of which the boy had only ever seen on TV) said to him, “Isn’t it wonderful to be Mexican? To have such a special culture?” The boy made a face and shrugged. He did not see what was so wonderful about it. Perhaps for some other people it was, but for him, his Mexican-ness had never provided any obvious, well…advantage.

The boy continued to try to be popular, but was lonely much of the time. He had few friends. He was awkward and could not throw. He was very good at school, but this did not make other boys want to be around him. They wanted to be around boys who could throw.

Several lonely years went by. Then one day the boy discovered he had special talent for words. He could write well, and the more he wrote, the more he discovered that his Mexican-ness was the thing he wrote about best. His stories were praised and were published in magazines. As he got older, people started referring to him as a Chicano author. No one had ever called him that before. He began to feel he had found a place to belong.

But not for long. For it quickly became apparent from what some other Chicanos told him that the author could not truly be Chicano unless his Spanish was fluent. It wasn’t. It was very rusty from so many years of not being used among the shiny white-faced people. When he tried to improve it, he was laughed at for sounding academic. He was also told that being Chicano meant being political and well-versed in his heritage. He tried to learn about Chicano politics, but did not feel the rage in his heart that other Chicanos seemed to feel about their oppression.

Still the author continued to write about the things he knew until one day, he was invited to attend a prominent Chicano/Latino/Hispanic writers’ conference. The author feared that once again he would not fit in. What were the odds, after all? He sat on some panels and met some other writers. And a funny thing happened. None of the other story tellers he met made fun of him for speaking Spanish poorly. None of them expected him to have marched in the last pro-Chicano antiestablishment demonstration. What they did expect was for him to tell them his stories. This was the important thing. The umbrella that they called Chicano/Latino/Hispanic writer was by far one of the broadest and most accepting he had ever seen. It encompassed writers who spoke Spanish beautifully and writers who didn’t speak it at all. There were writers who had just come to this country a few years ago, and writers who had never visited another Spanish-speaking land. There was so much room under this umbrella, it took his breath away. There was space to move and explore and ask questions and discover and…be. The author felt he belonged in a way he hadn’t many other times in his life.

He had found peace.

The boy in him began to glow.♥

Mike Padilla is the author of the story collection “HARD LANGUAGE” and the novel “THE GIRLS FROM THE REVOLUTIONARY CANTINA.” He lives and writes in Los Angeles. Visit him at www.mikempadilla.com. 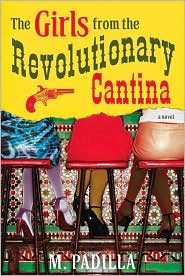 NEXT:   Come see the Portraits of Latinos in Entertainment this Friday.

sramosobriant said…
This story speaks to me. Thank you for sharing it.
12:41 PM