September 12, 2011
The Latina Book Club congratulates Nilsa Rodriguez on her debut novel, THE RISING MOON, a YA paranormal romance that is thrilling, scary, complicated and exciting all at once.    Join us today as we "speak" with Nilsa and find out about her new series and her favorite things.

How many lives do you have to live to realize that love is stronger than time and death?

You and I both know my life is far from normal. I'm a werewolf, madly and desperately in love with a vampire. I could never live a normal life even if I tried." ~Angelia Lafosse 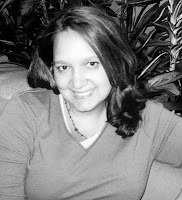 
In your novel, THE RISING MOON, you introduce us to Angelia Lafosse. Tell us about her and her world.

Angelia (Lia to her friends) is an eighteen year old girl who has grown up being shuffled between foster home and foster home. She lost her parents when she was only four years old and because everyone she has ever loved died, including her foster mother, Lia believes she is cursed to live a life of solitude. But as she begins to unlock the secrets of her families past, she discovers answers that prove more startling than she ever imagined. Soon Lia finds herself in a world where mythical creatures exist and she herself is one of them.

I myself don't believe in reincarnation, but that is the magic of Fiction. As a writer of Fiction, you can create worlds that can touch the imagination and create character that can do or be whatever you like. Lia is the reincarnation of an immortal werewolf…a werewolf that is said to hold many magical powers. One of them being the gift of immortality a gift that if discovered by the Lobison's could jeopardize both Lia and those she love.


Why write about werewolves and vampires?

The paranormal genre is a genre I enjoy reading, especially stories of werewolves and vampires. So when I decided to write my first novel I chose to write for the genre I most enjoy reading. My story differs from the recent paranormal novels out there in that I introduce the Lobison….the werewolf myth that originated from Argentina. The Lobison is different from the modern werewolf in that the Lobison is a werewolf by birthright, not a mere human who was bitten by one.


You studied Fashion Design and graduated with a degree in Children's literature. What attracted you to the YA market?

Growing up I always loved writing, reading and sewing. I got the literary degree because I wanted to write. I already tried the fashion scene and I felt like I had to give my other talents a try. I chose to write for the YA genre because I love how there has been a recent boost in young people reading. I think it's very important to encourage young people to read in order to expand their literacy.


What authors have influenced your writing?


What are you reading now?


What are you working on now?

I'm currently working on a YA Urban Contemporary novel titled La Rosa from the Block (a Nuyorican Tale) Scheduled to be released in the winter of 2012.


To learn more about this author, visit her at http://www.nilsarodriguez.com/.


SUMMARY:    One morning she was an ordinary and human High School senior, the next, Angelia (Lia) Lafosse is a reincarnated immortal werewolf. Now she must discover the secrets of her past and her past lives in order to survive. For if the Lobison realizes she is alive—again!—it will only mean her death and of those she loves. And to complicate matters, she is torn between her feelings for Lyle Ulric, a werewolf with a bloodline as ancient and powerful as her own, and Adam Ambrose, the mysterious and alluring vampire from her past who is determine not to be separated from her again.


REVIEW:    THE RISING MOON is an exciting and “howling” debut for Rodriguez. (I couldn’t resist.) It’s easy to read, fast-paced and full of interesting and likeable characters. Rodriguez has taken the vampire vs. werewolf phenomenon and made it her own, with a fresh voice and a new hook. YA paranormal readers will be pleased by this series. Rodriguez is definitely an author to watch.