BOOK OF THE MONTH: DOWN THESE MEAN STREETS by Piri Thomas

Down these mean streets a man must go who is not himself mean, who is neither tarnished nor afraid... He is the hero, he is everything. He must be a complete man and a common man and yet an unusual man. He must be, to use a rather weathered phrase, a man of honor, by instinct, by inevitability, without thought of it, and certainly without saying it. He must be the best man in his world and a good enough man for any world.         –Piri Thomas, DOWN THESE MEAN STREETS 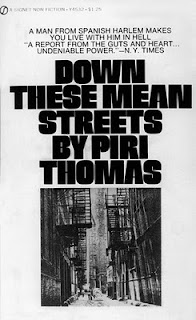 DOWN THESE MEAN STREETS was written by the late Piri Thomas over 30 years ago, but the book is still as true and relevant today as it was then.

It's Piri’s memoir of a young dark-skinned—“morenito”—Puerto Rican growing up in Spanish Harlem during the 50s and 60s. He talks truthfully about being an outsider in his home and his neighborhood; of his drug addiction; of joining a gang; of making bad choices; of shooting a police officer; and, of his conviction and sentencing. Piri didn’t find religion or salvation in prison, but he did find a strength of purpose that helped him turn his life around upon his release.

DOWN THESE MEAN STREETS is still compared favorably to THE AUTOBIOGRAPHY OF MALCOLM X and MANCHILD IN THE PROMISE LAND. All memoirs of young men coming of age in times of strife and how they overcame great obstacles.

CAUTION: This is not a light hearted book by any means. DOWN THESE MEAN STREETS is raw, vivid, and violent. It will scare you, shock you, disgust you and inspire you. I recommended it to teens and adults alike.


COMMENT: Do let us know what you think of the book and what other books you think are similar. 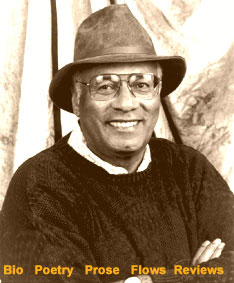