“In each life, particularly at its dawn, there exists an instant which determines everything.”
--- Jean Grenier, ISLANDS.

“There is no love. Only people living life together. Tomorrow will be better.” ---Vida 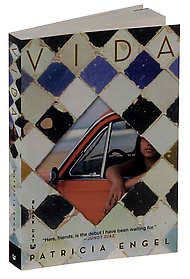 Patricia Engel makes her literary debut with VIDA, a bright collection of narratives with a fresh voice, intriguing characters and raw emotions. This is not just another Latina-in-the-USA-coming-of-age story. VIDA is a story about family, life and death, friends and lovers, beginnings and ends.

From Colombia to New Jersey to New York to Miami and back again, our protagonist Sabina, searches for identity and meaning.  A child of two lands, Sabina is uncomfortable in both, but she would like to believe her Uncle Emilio when he tells her that she carries the salt of her country in her blood. And so she remembers her parent's homeland fondly, but the U.S. is her new home now...for better or worse.

In “Lucho,” her family is the only Latino family in an all-white neighborhood --“foreigners, spics, in a town of blancos.” A young Sabina is ostracized by her schoolmates and her only friend is the town bad boy. “He came looking for me when I was invisible. And when he was with me, he acted like I was the only thing he could see.”

In “Refuge,” Sabina survives 911 but not a broken heart. In “Desaliento” she thinks she has found true love, but they just orbit around each other and never commit. In “Dia,” Sabina runs away when things get complicated, and her true love doesn’t stop her or follow…again.

Sabina’s life is one never ending rollercoaster of jobs, boyfriends and escapes to Miami to recuperate –aka partying. It is not until she meets Vida and learns her story that Sabina begins to question her life. Vida is also Colombiana, except her family didn’t move to the U.S. for a better life like Sabina’s did. Vida was kidnapped and made a sex slave. She and her guard fell in love and ran away together.

At first, Sabina felt sympathy for Vida’s plight. But, “nothing in me said I should help Vida…I just wanted to drink her up like everyone else.” They become friends and Sabina is mesmerized by Vida and her survival. The partying continues, the bad is swept under the carpet, until one day, Sabina takes Vida home to her family and together they send Vida back to Colombia.

Sabina is proud to have helped her friend, but outwardly her life doesn’t change much, as her quest for love and meaning continues. 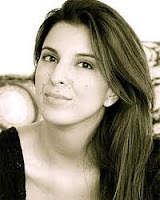 ABOUT THE AUTHOR:   Patricia Engel was born to Colombian parents and raised in New Jersey. She has a degree in French and art history from New York University, and an MFA from Florida International University. She lives in Miami, Florida. VIDA is her first novel. To learn more about her, visit http://www.patriciaengel.com/.


DISCLAIMER: Book provided by author, but I was not required to provide a good review. ---mcf

BookClub said…
Great review thanks! I will definitely put thus on my reading list.

I would like to share a new find - I recently started to listen to The Book Report on a local radio station and simply love it. The shows are fast, fun and very interesting. Check out their schedule on http://bookreportradio.com
They might be on a station near you!
9:44 AM