Mayra Calvani is a prolific writer. This author-journalist-book reviewer writes everything from paranormals to romances to women’s fiction to children’s books.  She has two books out now that are complete opposites. One is dark; one is light. One is supernatural; one is normal. Both are page turners and will keep you on the edge of your seat! And, both are available now at amazon.com.  Download them today and get started on your summer reading! 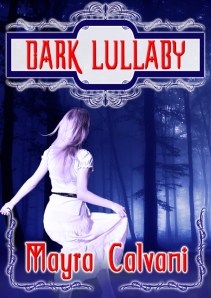 At a trendy Turkish tavern one Friday night, astrophysicist Gabriel Diaz meets a mysterious young woman. Captivated by her beauty as well as her views on good and evil, he spends the next several days with her. Soon, however, he begins to notice a strangeness in her–her skin’s abnormally high temperature, her obsession with milk products, her child-like and bizarre behavior as she seems to take pleasure in toying with his conscience.

The young woman, Kamilah, invites him to Rize, Turkey, where she claims her family owns a cottage in the woods. In spite of his heavy workload and the disturbing visions and nightmares about his sister’s baby that is due to be born soon, Gabriel agrees to go with her.

But nothing, not even the stunning splendor of the Black Sea, can disguise the horror of her nature. In a place where death dwells and illusion and reality seem as one, Gabriel must now come to terms with his own demons in order to save his sister’s unborn child, and ultimately, his own soul… 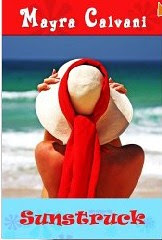 Twenty-four-year-old Daniella is an architecture student living with her narcissistic artist boyfriend in San Juan, Puerto Rico. Abandoned by her father at an early age, Daniella always falls for the wrong type of man. Her most enduring male relationship so far is with her 30-pound Turkish angora cat. Thankfully, Daniella’s mother is always there to offer a shoulder.

Several strange mysteries are threaded through Daniella’s everyday life: her ex-husband, Ismael, has just opened an outlandish hotel for animal lovers that has her distraught; Ismael’s wife, a rich woman Daniella fondly refers to as “Lady Dracula,” has some gruesome ways to keep her skin looking young; Daniella’s mother is founding a revolutionary, feminist society called The Praying Mantises; the island’s national forest is being depleted of hallucinogenic mushrooms; meanwhile, young girls are disappearing and there’s a nut loose dressed as Zorro slashing the rear ends of women who wear miniskirts.

Oppressed by all these crazed, eccentric characters, Daniella feels herself falling into an abyss. Then something horrendous happens, making Daniella wake from her stupor and take charge of her life.

To learn more about this talented author, visit her website at http://www.mayracalvani.com/.

What a wonderful surprise! Thank you so much for helping me spread the word. I really appreciate your support!