The Latina Book Club congratulates Sabrina on the October 15 release of her book, INK.
It’s a scary book because this could happen. Think Holocaust.
Fans of AMERICA LIBRE will enjoy this apocalyptic book. 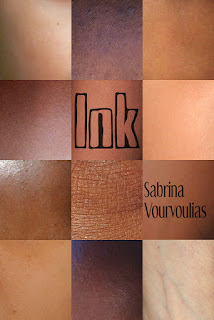 
What happens when rhetoric about immigrants escalates to an institutionalized population control system? The near-future, dark speculative novel INK opens as a biometric tattoo is approved for use to mark temporary workers, permanent residents and citizens with recent immigration history – collectively known as inks.

Set in a fictional city and small, rural town in the U.S. during a 10-year span, the novel is told in four voices: a journalist; an ink who works in a local population control office; an artist strongly tied to a specific piece of land; and a teenager whose mother runs an inkatorium (a sanitarium-internment center opened in response to public health concerns about inks).

The main characters grapple with ever-changing definitions of power, home and community; relationships that expand and complicate their lives; personal magicks they don’t fully understand; and perceptions of “otherness” based on ethnicity, language, class and inclusion. In this world, the protagonists’ magicks serve and fail, as do all other systems – government, gang, religious organization – until only two things alone stand: love and memory.

ABOUT THE AUTHOR:  Sabrina Vourvoulias is a Latina newspaper editor, blogger and writer. An American citizen from birth, she grew up in Guatemala and first moved to the United States when she was 15. She studied writing and filmmaking at Sarah Lawrence College in Bronxville, N.Y. In addition to numerous articles and editorial columns in several newspapers in Pennsylvania and New York state, her work has been published in Dappled Things, Graham House Review, La Bloga’s Floricanto, Poets Responding to SB 1070, Scheherezade’s Bequest at Cabinet des Fees, We’Moon, Crossed Genres Magazine #24, the anthologies Fat Girl in a Strange Land and Crossed Genres Year Two, and is slated to appear in upcoming issues of Bull Spec and GUD magazines. Her blog Following the Lede was nominated for a 2011 Latinos in Social Media (LATISM) award. She lives in Pennsylvania with her husband and daughter. Visit her at www.inknovel.com and follow her antics on www.followingthelede.blogspot.com and on Twitter @followthelede.