January 21, 2013
The Latina Book Club congratulates President Obama on his second term in office. We’d also like to congratulate Richard Blanco for being the first Latino Inaugural Poet. 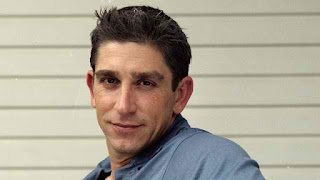 
One sun rose on us today, kindled over our shores,
peeking over the Smokies, greeting the faces
of the Great Lakes, spreading a simple truth
across the Great Plains, then charging across the Rockies.
One light, waking up rooftops, under each one, a story
told by our silent gestures moving behind windows.
My face, your face, millions of faces in morning’s mirrors,
each one yawning to life, crescendoing into our day:
pencil-yellow school buses, the rhythm of traffic lights,
fruit stands: apples, limes, and oranges arrayed like rainbows
begging our praise. Silver trucks heavy with oil or paper—
bricks or milk, teeming over highways alongside us,
on our way to clean tables, read ledgers, or save lives—
to teach geometry, or ring-up groceries as my mother did
for twenty years, so I could write this poem.
All of us as vital as the one light we move through,
the same light on blackboards with lessons for the day:
equations to solve, history to question, or atoms imagined,
the “I have a dream” we keep dreaming,
or the impossible vocabulary of sorrow that won’t explain
the empty desks of twenty children marked absent
today, and forever. Many prayers, but one light
breathing color into stained glass windows,
life into the faces of bronze statues, warmth
onto the steps of our museums and park benches
as mothers watch children slide into the day.
One ground. Our ground, rooting us to every stalk
of corn, every head of wheat sown by sweat
and hands, hands gleaning coal or planting windmills
in deserts and hilltops that keep us warm, hands
digging trenches, routing pipes and cables, hands
as worn as my father’s cutting sugarcane
so my brother and I could have books and shoes.
The dust of farms and deserts, cities and plains
mingled by one wind—our breath. Breathe. Hear it
through the day’s gorgeous din of honking cabs,
buses launching down avenues, the symphony
of footsteps, guitars, and screeching subways,
the unexpected song bird on your clothes line.
Hear: squeaky playground swings, trains whistling,
or whispers across café tables, Hear: the doors we open
for each other all day, saying: hello, shalom,
buon giorno, howdy, namaste, or buenos días
in the language my mother taught me—in every language
spoken into one wind carrying our lives
without prejudice, as these words break from my lips.
One sky: since the Appalachians and Sierras claimed
their majesty, and the Mississippi and Colorado worked
their way to the sea. Thank the work of our hands:
weaving steel into bridges, finishing one more report
for the boss on time, stitching another wound
or uniform, the first brush stroke on a portrait,
or the last floor on the Freedom Tower
jutting into a sky that yields to our resilience.
One sky, toward which we sometimes lift our eyes
tired from work: some days guessing at the weather
of our lives, some days giving thanks for a love
that loves you back, sometimes praising a mother
who knew how to give, or forgiving a father
who couldn’t give what you wanted.
We head home: through the gloss of rain or weight
of snow, or the plum blush of dusk, but always—home,
always under one sky, our sky. And always one moon
like a silent drum tapping on every rooftop
and every window, of one country—all of us—
facing the stars
hope—a new constellation
waiting for us to map it,
waiting for us to name it—together.


BIO:  Richard Blanco is a civil engineer, who discovered a passion for writing poetry. He likes to say that he was made in Cuba, assembled in Spain and imported to the United States. Richard was raised in Miami by his Cuban parents. He is still an engineering consultant, and also a poet and teacher. He is the author of the following collections of poetry: "City of a Hundred Fires," "Directions to the Beach of the Dead," "Place of Mind," and "Looking for the Gulf Motel." Follow him on Twitter at @rblancopoet.

For photos and excerpts of Poets and poems visit:
ttp://www.cnn.com/2013/01/17/living/gallery/inauguration-poets/index.html