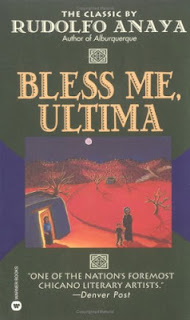 Tony is a bit too young in age for his character to be believable, but his journey is one faced by many a Latino with two religions, two cultures, two identities. The way to survive is to explore each and take the best of all. The reader is not sure that such a young boy can truly understand that.


Book Summary: Antonio Marez is six years old when Ultima comes to stay with his family in New Mexico. She is a curandera, one who cures with herbs and magic. Under her care, Tony will begin to discover his heritage and discover himself in the pagan past, in his father's wisdom, and in his mother's Catholicism. And at each life turn there is Ultima, who delivered Tony into the world-and will nurture the birth of his soul. 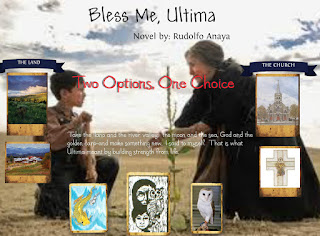 BLESS ME, ULTIMA has been made into a motion picture. Unfortunately, distribution is limited right now to the West Coast, but fans are working on bringing it east.

AUTHOR BIO: Rudolfo Anaya is a Mexican-American writer and educator from New Mexico. He taught high school and college while writing his books. His first novel, BLESS ME, ULTIMA, received critical acclaim and is now a motion picture. Rudolfo is considered one of the fathers of Chicano literature. He has written novels, children’s books, plays and poetry. All are available in both English and Spanish. Rudolfo has won numerous fellowships and awards including, the National Medal of Arts, American Book Award and the Robert Kirsch Award. 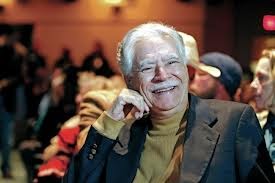