MARIA, DAUGHTER OF IMMIGRANTS is part memoir, part political dossier. It is a tale of hardship and joy; acceptance and prejudice; poverty and politics. It is also a tale of a strong Latina woman, fortified with the love and support of her family, who enters the world of politics to better herself and her community. Maria’s journey is the fulfillment of the American Dream – for herself, her family and her community. Readers cannot help but cheer Maria’s amazing courage and fortitude. She is a role model for Latinas everywhere. 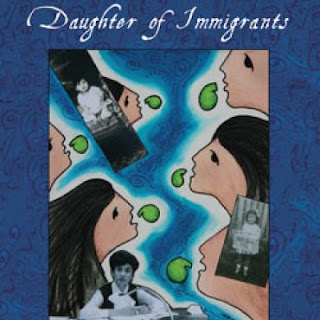 BOOK SUMMARY: Like many immigrants, Maria Antonietta Berriozabal’s family left Mexico for a better life in the United States. The family’s trek is long and arduous, but full of hope and faith. The family settles in Laredo, Texas, where Maria is born and raised. From an early age, Maria learns about poverty and prejudice, but she also learns about love, family and community. With her parents’ and grandmothers’ as examples, Maria grows into a confident, courageous woman with strong views on politics and social justice. She becomes the first Mexican-American woman to ever serve on the City Council of San Antonio. A role she holds for ten years. Those are challenging years, but fulfilling and empowering for herself and all Latina women. Her bid for mayor of San Antonio fails, but Maria continues to serve her community in other ways. In the fall of 1991, Maria was awarded a fellowship at the Institute of Politics at the John F. Kennedy School of Government at Harvard University. She taught a course on women, minorities and public policy. Maria also helped found Hispanas Unidas, a non-profit group dedicated to the education, empowerment and advancement of minority women. 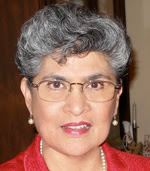 COMMENT:  Do let us know how you liked the book and what you thought of Maria.