The Latina Book Club's mission is to promote Latina / Latino authors, which we do through book reviews, author interviews, publicity announcements, book of the month selections, etc. A new feature we are adding is "Writers Wednesdays." The first Wednesday of each month we will feature a writer talking about .....writing.  Happy Reading!

SURROUNDED BY STORIES
by Kathleen Alcalá 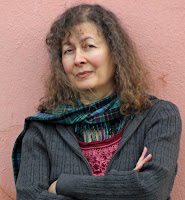 I grew up in a home surrounded by stories. Mexican immigrants, my parents carried their family histories with them, shared among my mother’s brothers and sisters when the family got together.

My father was an only child, so we did not hear his stories as much. His extended family walked north from San Julian, Jalisco to take jobs with the Santa Fe Railroad during the Mexican Revolution. After that, some returned to Mexico, while others settled in California. The story seemed much like those of other immigrant stories. In fact, it was very much like the story told in RAIN OF GOLD, by Victor Villaseñor.

When my son was in eighth grade, he needed to write a report on a family member or friend who had lived through a significant event in history, so he chose my father.

I left them in the living room of my parents’ California house with a tape recorder. Outside, the flowers were blooming and oranges hung on the trees. We live in the Pacific Northwest, where summer feels like it is about 48 minutes long, so I was happy to enjoy the birds of paradise and the sweet smells while they talked.

When I returned, my son had gathered stories I had never heard before: the long walk, hiding from the Federales, searching for water, the American woman who nursed their party back to health after they made it to the United States.

My father was under two years old when he crossed, so he could not possibly remember these stories in such detail. He must have heard them while he was growing up, and carried them all those years inside of him. Because he was so young when he came to the United States, I never asked about these stories in detail. Instead, I wrote three novels based on the history of my mother’s family. 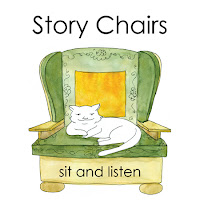 Either that or, after three daughters, he was waiting for a little boy to come along and ask him. The 100th anniversary of my father’s birth passed last year, but I like to think that something of those stories lives on in me, as well as in my son. When I read from my books, people come up and say, “It’s been years since I heard about that. I thought only my family had those stories!”

More recently, I have been writing about our relationship with food, gathering stories about how people have lived off the land for generations without the modern ills of diabetes, heart disease, and metabolic syndrome.

I realized that, if there is no one to tell the stories to, there is no way to listen in on the conversation. Writing widens the circle and draws others into it. It allows us to pass on the wisdom and folly of those who came before; we can hold stories up to the light like a teacup and wonder at how they were made.

The most valuable skill for a writer? The ability to listen.###

Kathleen Alcalá is the author of a collection of short stories now available as an e-book, MRS. VARGAS AND THE DEAD NATURALIST; three novels set in 19th Century Mexico, SPIRITS OF THE ORDINARY, THE FLOWER IN THE SKULL and TREASURES IN HEAVEN; and a collection of essays, THE DESERT REMEMBERS MY NAME. Her work has received the Western States Book Award, the Pacific Northwest Booksellers Book Award, and two Artist Trust Fellowships. Kathleen lives near Seattle, where she teaches at the Northwest Institute of Literary Arts. You can learn more about Kathleen and her current work, or listen to a story at Story Chairs, at www.kathleenalcala.com.

Unknown said…
Wow! This is an awesome post and so is helpful to me, thanks for posting. .
local house shifting services.
1:49 AM

J Lozano said…
Kathleen,
I am your cousin. Our grandparents were sisters (Refugio Ramirez Alcala and Maria de Jesus Ramirez). They both grew up in San Julian and traveled to America at around the same time (during the Mexican Revolution). Maria de Jesus was only 12 years old when both her parents died tragically. She lived with her brother in Santa Monica and often visited family in Porterville. Your father, David, wrote to her from time to time. I was able to find one letter he wrote to my mother (his first cousin) two years before he passed.
jcastanos1@gmail.com
1:47 AM