BOOK OF THE MONTH: IT'S NOT LOVE, IT'S JUST PARIS by Patricia Engel 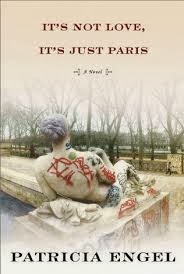 Vibrant.  Enchanting.  Sensual.  Author Patricia Engel continues to be a refreshing voice in literature.  She has taken a classic theme and made it new again.  IT’S NOT LOVE, IT’S JUST PARIS is a coming of age story.  It’s about being independent.  It’s about growing up.  It’s about breaking tradition.  It’s about finding oneself.  It’s about romance.
Patricia’s prose is seductive; her narrative evocative.  She does a great job of bringing her characters to life and making us care about them, cheer for them, cry with them.  The story is well written and well plotted.  And not only do we fall in love with Lita, Cato and Countess Séraphine, but we fall in love with the City of Lights itself (again!).  This is a great book to end the year on a high note.   Vive la France!
Book Summary:    Lita del Cielo, the daughter of two Colombian orphans who arrived in America with nothing and made a fortune with their Latin food empire, has been granted one year to pursue her studies in Paris before returning to work in the family business. She moves into a gently crumbling Left Bank mansion known as “The House of Stars,” where a spirited but bedridden Countess Séraphine rents out rooms to young women visiting Paris to work, study, and, unofficially, to find love.  Cautious and guarded, Lita keeps a cool distance from the other It-Girls, who seem at once boldly adult and impulsively naïve, who both intimidate and fascinate her. Then Lita meets Cato, and the contours of her world shift. Charming, enigmatic, and weak with illness, Cato is the son of a notorious right-wing politician. As Cato and Lita retreat to their own world, they soon find it difficult to keep the outside world from closing in on theirs. Ultimately Lita must decide whether to stay in France with Cato or return home to fulfill her immigrant family’s dreams for her future. 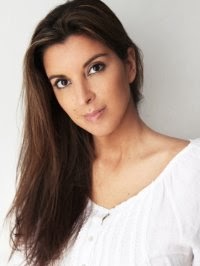 ABOUT THE AUTHOR:   Patricia Engel’s debut, VIDA, was a New York Times Notable Book of the year; finalist for the PEN/Hemingway Fiction Award and Young Lions Fiction Award; winner of a Florida Book Award and an Independent Publisher Book Award.  It was also named a Best book of the Year by NPR, Barnes & Noble and L.A. Weekly.  Engel’s award-winning fiction has appeared in A Public Space, The Atlantic, Boston Review, Guernica, Harvard Review and elsewhere.  IT’S NOT LOVE, IT’S JUST PARIS is her first full novel.

Unknown said…
Your blog is different from other blog and provide interesting post thanks for sharing. . .
Car moving in kolkata.
1:10 AM

sabir said…
click at the link if you are brave frontier hack lover and get soon free gems and coins.click here for more information on the website.
9:13 AM

Unknown said…
I'm getting excited about this kind of beneficial information of your stuff in the future
Oregon's Wind Energy Health Impact Assessment Case Solution
3:35 AM