As you know, May 5th is the Anniversary of the Mexican Army’s surprise victory over the French forces in the tiny town of Puebla. The date is observed in the United States as a celebration of Mexican heritage and pride.  (Viva Mexico!)

Our guest today is author Annette Sandoval, a Mexican American, who is happy to share her story with us.
This is our second interview with Annette and we are happy to welcome her back.

Q:   Was getting published difficult?

Heck yeah! My last book, SPITFIRE, was rejected by all of the big six publishing ​​houses. They claimed it had "No mass-market appeal."  ​That perplexed me. I could not believe that a novel about a Latina office drone who suspects her Dockers-wearing, Hootie and the Blowfish loving boss of being a serial killer, wasn't worth a read. ​Why wouldn't a female protagonist with an acid wit not have mass market appeal?  When Amazon started a mystery imprint called Thomas & Mercer, I submitted to them. I was pretty discouraged by that point. Fortunately, they found my book refreshing. SPITFIRE did so well it was translated into German, of all languages.

Q:  How did you get into publishing? Why self-publish? ​

My partner of 20 years passed away last year. Since he died without a will, his estate reverted back to his blood relatives. Not able to cover the rent I had to move, but could not afford an apartment that allowed my dog, so we moved into an office space; the kind with a key for the restroom.

​For me, creativity is about 2% inspiration and 98% desperation. I was finishing a novel but could not afford the years of waiting for a publisher to release it so I went ahead and self-published. During the process, I decided to start my own publishing house, Purple Patch Press.  When I was done with WOMEN ARE LIKE CHICKENS, I uploaded the content, cover design, etc, to Kindle Direct. I pressed "Publish" before I went to sleep. In the morning, my novel had been published and was taking its first scratchy steps in the literary world.

I was on a roll. I wanted to get my out-of-print books back in distribution, so I sent letters to my publishing houses requesting that the rights revert back to me, which they did. ​This summer I'll be publishing HOMEGROWN HEALING:  TRADITIONAL HOME REMEDIES FROM MEXICO.  In the fall I plan to release THE DIRECTORY OF SAINTS: A CONCISE GUIDE TO PATRON SAINTS.  Both books will be in hardcover.


Q:   Tell us about your latest novel, WOMEN ARE LIKE CHICKENS.  Where did such strong characters come from?

I set out to write a novel about women not expected to succeed—yet do. A book with an intelligent storyline, disturbing beauty and a little controversy. A book that reflects the modern Latina experience. In a sense, I wrote the novel I wanted to read.

WOMEN ARE LIKE CHICKENS is the story of four Mexican American friends raised in San Francisco during the 1980’s. Although subject to some strict cultural expectations and limitations, each examines and defines her own unique identity.


Q:   When did you realize you were a writer? Do you have a "writing" routine?

I think people have a proclivity toward being creative. Writers take in the world through all of their senses and either process that sensory overload by jotting something down, or finding another creative outlet. If I don't have a healthy outlet I go a little crazy.  I write in the morning because I'm still operating below the level of conscious thought. I never work at night. The days' reality kills the creative buzz.


Q:   Tell us about Annette. Background? What other writing projects you are working on?

My parents are from Jalisco, Mexico. When they speak English, they sound like Ricky Ricardo. I'm from Santa Ana and am the youngest of five kids. I thought I was a boy until I got boobies—that was a pretty sucky day. I moved to San Francisco when I turned 21. I am seriously dyslexic and cannot spell "dyslexic" without spell check.  I'm working on two books:   FURIOUS GEORGE, the sequel to SPITFIRE, and OLIVER TWIST: JUNIOR DETECTIVE.

For more information about Annette Sandoval and her novels, please visit http://www.purplepatchpress.com/

To read our first interview with Annette and a review of her novel SPITFIRE, click here.


Excerpt From WOMEN ARE LIKE CHICKENS
Dedication
For my sister, Marty.
For Tia Pachita, Tia Irene and Tia Teresita.
For my Nina, whose name may not be “Nina.”
For Patrick Phalen. Rest in peace, you jerk!
"True friends stab you in the front." - Oscar Wilde
CHAPTER 1
Mr. Cernuda
San Francisco, 1978
Mr. Carlos Cernuda made the decision to take his own life during a rerun of I Love Lucy. He had this dark epiphany as his wife sat next to him on the couch and their two teenage daughters, all elbows and knees, watched TV from the blue shag carpet. With a decision finally reached, he relaxed a little and tuned back into the show.
It was the episode where Lucy placed a bet with Ricky. She was going to keep from buying a hat for longer than he could keep from losing his temper. Mr. Cernuda wanted to say, “What kind of a person cannot resist such a thing as a hat? A good cigar I could understand, but a pinche hat?”
As if Mrs. Cernuda had heard his thoughts, she nodded once. "I hate Lucy." Her tone was so full of loathing that Mr. Cernuda had to resist the urge to glance at his wife. Even the girls knew better than to look back. Their mother would interpret any eye contact as a sign of aggression.
Mrs. Cernuda spoke again. From her husband’s peripheral vision, she looked like a beanbag with a head. "Lucy is so spoiled. She can't cook, doesn't bother cleaning, she's always spending her husband's money and doing things she shouldn't be doing behind his back. What kind of a wife is that?"
Mr. Cernuda was thinking how familiar that sounded, when she said, "And what kind of a name is 'Ricky Ricardo?' Did his parents really name him Ricardo? You see. That's what happens when los otros write about us. They always get it all wrong."
Lea turned and fixed her gaze on her mother’s dangling chancla. "I think his name is Enrique," she said in a voice so faint, it sounded like an apology.
"Oh." Annoyed by the correction, Mrs. Cernuda sunk deeper into the cushion. She refolded her arms, which seemed to act as a gearshift, revving her up again. "If he had married a good Mexican woman he would have been a lot better off. You girls pay attention to what I am saying. This is important."
No longer able to hold her tongue, Alejandra said through clenched teeth, "He's Cuban, mother."
"I know that." Mrs. Cernuda made a clicking sound with her tongue. "He speaks Spanish and he’s Catholic. If that's good enough for God, it's good enough for me."
On the screen, Ricky bent Lucy over his knee and started to spank her. Mrs. Cernuda perked up. "Harder! Hit her harder!"
Mr. Cernuda watched as his wife cheered Ricky on. He felt his earlier fatigue return and his vision began to blur. This was too awful. Too much work. Then at the end of the day­, this.
Remembering his plan to skip out on the rest of his life filled him with hope of all things, but logistics set in. He wondered, how am I going to do it? It will have to look like an accident.
Mr. Cernuda suddenly became serene as the answer dawned on him. I own a restaurant. Accidents are always happening there.### 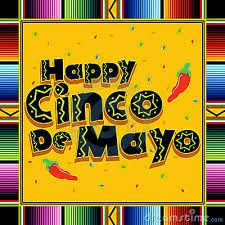 Unknown said…
This information is really nice. This type of post is attracting people to read. Thank you for sharing. . .
best packers movers delhi.
1:07 AM