October 15, 2014
The Latina Book Club welcomes Valerie Tejeda, a journalist turned author.  She had a dream about Marilyn Monroe and a book idea was born.  Despite her writing credits and contacts, getting published was not easy, but not impossible.  We are looking forward to her book’s debut next July.  Congratulations, Valerie!

“Writing and performing have always been passions of mine, even though now I wouldn't be caught dead acting!” – Valerie Tejeda 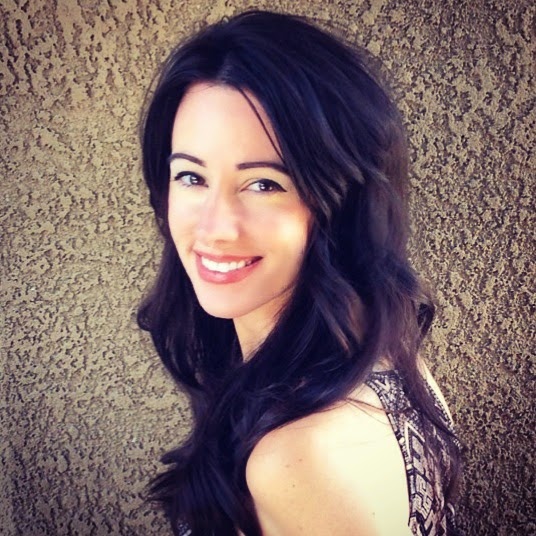 Q:  Are you a "Valley Girl?" Tell us about yourself and what you love most about living in Southern California.

Well, I was born in North Hollywood, California, grew up in Burbank and spent my high school years in the Sacramento area, so I am truly a California girl!  To be honest, I love everything about Southern California! I love the weather. I love the people. I just love the vibe there! Southern California will always have a special place in my heart. But am I a “Valley Girl”? I don't think so, but maybe my friends would disagree. I do however say the word “totally” more than the average person.

Q:  You are an entertainment journalist interviewing authors like Veronica Roth (Divergent) and James Dasher (The Maze Runner), Selena Gómez' stylist, athletes, actors, etc. Did your love of "Hollywood" inspire your book?

I definitely think my love for Hollywood inspired my book! Since I was a little girl I have always wanted to be in the entertainment industry. As soon as I was old enough to write, I started writing plays for my Barbies and stuffed animals, and then that evolved into me writing plays for me and my friends to act out. So writing and performing have always been passions of mine, even though now I wouldn't be caught dead acting!  The older I got, the more I was drawn to the writing side of entertainment, such as journalism, books, scripts, etc. My first real writing gig was for Latina Magazine and I will always be incredible grateful to Latina for taking a chance on me. And being part-Mexican, writing for Latina was seriously a dream come true and the experience was invaluable.

Q:  Tell us about your book, Hollywood Witch Hunter. Why YA and why witches? Wouldn't vampires be more fun?

HOLLYWOOD WITCH HUNTER is about a coven of witches in Hollywood who are bent on retaining their youth and must sacrifice the beautiful, and the rich women of Southern California. There is also a society of witch hunters who strive to protect the humans at all costs.  The idea came to me after I had a dream that Marilyn Monroe did not die of a drug overdose but instead, was killed by a witch. The next day it got me to thinking, "Why would a witch ever want to kill Marilyn Monroe?" I came to the conclusion that the witch was most likely trying to steal her incomparable beauty. So the idea kind of developed from there. Plus, there have been other stories about witches sacrificing to preserve their youth, so witches just seemed fitting.

I chose to write HOLLYWOOD WITCH HUNTER for a young adult audience because I wanted to not only write a fun story, but also a story about finding yourself and figuring out who you really are. Since a lot of this self-discovery happens in the teen years, YA was the perfect fit!

Q:  You noted on your bio that your favorite thing about being a writer is telling someone else's story. Was it easy to write your book since you are a journalist?

I don’t really think writing HOLLYWOOD WITCH HUNTER as a journalist made it easier or harder. However, I do think my background in journalism prepared me for the publishing industry in the sense that I was used to sending out pitches to magazines and getting rejected over and over again. So it’s safe to say my journalism work helped me develop thick skin for the publishing industry.

Q:  Was it easy to sell your book given your connections and fans?

You know, I don't think my connections in the journalism world helped me get a book deal. I still had to go the same route as everyone else -- completing a full manuscript, sending out queries, etc. I do think my relationships with other authors (many whom I met through interviews) gave me some valuable insight into what to expect in the publishing industry. But other than that, the process of selling my book was no different than the next person.

Q:  What advice would you give to new writers?

Think outside the box. The publishing industry has drastically changed over the last few years and there are opportunities now for authors that were not available a few years ago. So keep writing, don’t give up, and be open-minded about traditional and non-traditional ways to get your book published.

Q:  When can we expect your book debut? Is there a cover?

As of now, HOLLYWOOD WITCH HUNTER will be debuting in July of 2015 from Bloomsbury Publishing under their imprint Spark. The exact publication date is not quite set, but it should be finalized soon!  The cover will be coming sometime in the New Year, and I am very excited to work on this process with Bloomsbury! All of Bloomsbury’s covers are just amazing, but their Spark line in particular has some beautiful ones! I honestly can’t wait!

Q:  How can fans find you on the internet and on social networks?