The Party Continues!  Join The Latina Book Club every week this month for new book reviews, fun “Top 14” lists, author interviews and book giveaways.  This week, we are giving away an e-book copy of EVERY HIDDEN FEAR.  Leave a comment below or tweet our hashtag -- #amreadingwiththelatinabookclub --  to win. Happy Hispanic Heritage Month and Good luck! --mcf

If you’re not constantly watching and taking care of little things with a house, all kinds of things will fester in the dark and grow out of sight to damage it until they pull it down on your head.—Gran 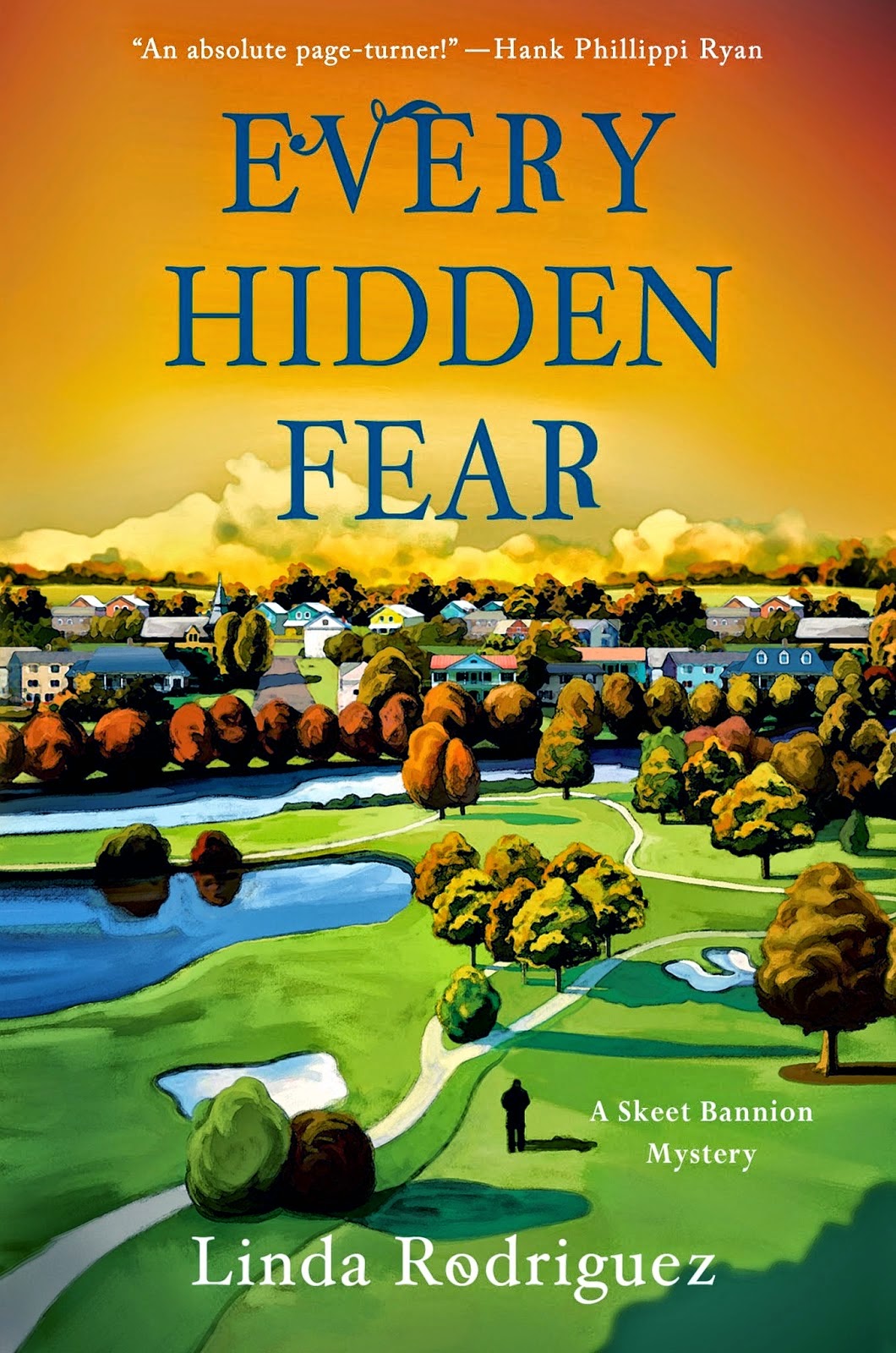 EVERY HIDDEN FEAR is book three in Linda Rodriguez’s Skeet Bannion series.  It’s a fast-paced, exhilarating drama starring a clever heroine, a ghastly murder and more suspects than innocents.  Readers will be enthralled (once again) from the very first page to the last.  NOTE: This may be third in a series, but it stands alone, and once done, readers will run, not walk, to get the others. Happy Reading!

SUMMARY:  Skeet Bannion has enough on her plate – a teenage ward with raging hormones, a psychic grandmother, a difficult father, a rascal of an ex, a hot sexy admirer she wants but fears, plus a college campus full of students and faculty she has to protect.  The last thing she wants is to be dragged into a murder investigation that is none of her business.  But when her ward’s best friend is arrested for murder, Skeet can’t say no.

The whole town of Brewster seems to have a grudge against the dead victim.  Ash Mowbray was a bad boy from the wrong end of the tracks, returned to town as a wealthy developer with plans to build a huge shopping mall that would destroy the businesses in the town square.  Everyone is in an uproar but Ash doesn’t care, and in fact, goes out of his way to antagonize everyone with threats of revealing old salacious secrets.  One he reveals at the public coffee shop is the fact that the high school football star, Noah Steen, is his biological son.  Tempers flare and fists fly.  When Ash turns up dead, there are plenty of suspects but the local sheriff is only looking at Noah.  Skeet refuses to let a young boy be railroaded into prison.  Soon she is immersed in a messy investigation bursting with dark secrets, blackmail schemes and a town full of suspects.

ABOUT THE AUTHOR:  Linda Rodriguez is a winner of the Malice Domestic Best First Traditional Mystery Novel Competition.  As a poet, she has won the Thorpe Menn Award and the Midwest Voices and Visions Awards.  Linda is president of the Border Crimes chapter of Sisters in Crime.  Her novels have been selected for Las Comadres Book Club.  She lives in Kansas City.  Visit her at www.lindarodriguezwrites.blogspot.com.

Jimin Han said…
I already have a copy but I'm a posting about how great this book is and all of Rodriguez's mysteries. She's amazing. Good luck to everyone-- hope you leave a comment and get a copy of this fabulous book!
8:14 PM