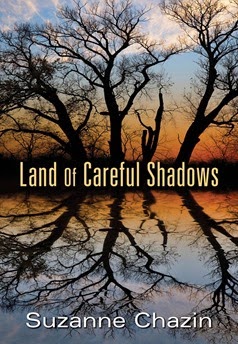 "Maybe it was necessary, this shedding of the old ways with each generation. He had abandoned so much of what defined his mother...But lately, he'd begun to wonder if he'd abandoned too much.  He felt like there was a box inside of him that had been locked away for so long, he'd forgotten where he'd put the key.  There were things he treasured in that box: the sultry music of his childhood, the playfulness and sensuality of his culture.  He longed to open himself up to these things again." --Jimmy Vega

The Latina Book Club is happy to promote books by non-Latinos with great Latino characters.  LAND OF CAREFUL SHADOWS by Suzanne Chazin is such a book.   The premise for this book could have been “ripped from today’s headlines.”


It’s riveting, suspenseful, tragic, hopeful, with realistic settings, authentic voices, continuous action and enough twists and turns to keep readers up all night.  (I was!)

SUMMARY:   Jimmy Vega is a juicy, complex character, estranged from his culture with serious displacement issues.  He’s a homicide detective navigating the world of undocumented immigrants—not illegal —in suburban New York, and often times he is in over his head.

It all starts with the murder of a female undocumented immigrant.  Why her?  Where is her missing child?  Is the murder connected to the escalating hate crimes around town?  Detective Vega has to find answers and fast before a clash of cultures; before mistrust and bigotry rear their ugly heads more than they have already.  But the answers will surprise everyone—himself most of all—and change a town forever.

Readers will find that Ms. Chazin has done an excellent job of bringing the undocumented populace to life in THE LAND OF CAREFUL SHADOWS.  They are “real” people—with names and dreams, courage and quiet determination.  There’s Caesar who brought his children so they could live a better life; Kenny who’s been awarded a college scholarship but may not be able to go due to his immigration status; Rodrigo who longs for his wife and children but is stuck in a strange hard land until he can raise enough money to go home; there’s Adele a daughter of an immigrant who graduated from Harvard and runs the town’s immigration center; and so on.

Readers will empathize with these characters, and hopefully with the real undocumented immigrants across the U.S.  And maybe, just maybe, our country’s new immigration policy will be more accurate and more humane.

LAND OF CAREFUL SHADOWS is the first book in a planned trilogy about undocumented immigrants in suburbia and a jaded Detective determined to protect and serve.  Book 2, A BLOSSOM OF BRIGHT LIGHT, will be released in Fall 2015.  Chazin hopes to raise greater awareness through these books about the issues the undocumented face in the U.S.  The Latina Book Club wishes her luck, and looks forward to the series and seeing Detective Jimmy Vega in action again.### 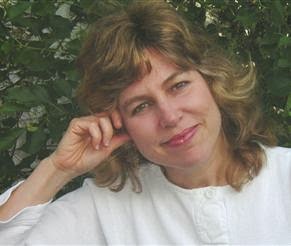 ABOUT THE AUTHOR:   Suzanne Chazin is the daughter of Russian immigrants.  She has published three mystery novels about the New York City Fire Department, inspired by her husband, a high-ranking FDNY chief.  LAND OF CAREFUL SHADOWS is her first novel in 11 years.  To learn more about this author and her books, please visit her at www.suzannechazin.com.

Unknown said…
Individual credit is the least expensive advance that can be utilized by the inhabitants of UK for a mixture of purposes like obligation combination, and for occasion charge repayments. It can be ordered into two critical gatherings, to be specific secured and unsecured individual advances. The article gives more data about individual credits. Car Title Loans Chicago
11:57 AM

Unknown said…
A bank's application fuses pages of documentation and solicitation to reply. The approbation system may takes weeks and merge a meeting with the improvement officer to discover more data. Cash Advance San-diego
3:43 PM