CULTURAL IDENTITY: How I Celebrate My Latinidad by Graciela Limón

April 13, 2015
The Latina Book Club is proud to welcome author Graciela Limón,
who will tell us how she celebrates her Latinidad. Plus, we’ll learn about her new suspense novel,
THE INTRIGUING LIFE OF XIMENA GODOY. 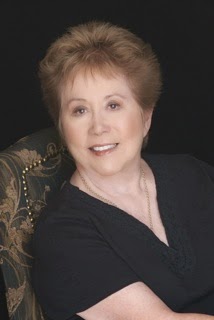 When I was a little girl growing up in East Los Angeles, I loved school.  You see, I went to Hammel Street School, a public grammar school that had been there since forever, and even better, it was a school where all the kids were Mexican.  Most of us were born in the barrio, but others had recently come up with their familias from Mexico.  But it was all the same; we all spoke Spanish – on the sly, of course, because the teachers scolded or punished us when they caught us talking, as they said, “funny.”  Another thing I loved was that kids took a lunch in a little brown bag, many times exchanging that delicious gordita for a burrito.  I loved school because it was hardly a change from home where I lived with my mom, dad and two brothers in a house on a street where everybody else was Mexican.

What stands out regarding my memories of those early years of school is what went on in the classroom where we were taught arithmetic, geography, history, reading and writing.  All those lessons were good, and I salute those teachers who did a day’s worth of teaching all on their own.  Most of what I learned has stayed with me, but above all, one lesson has remained singed into my memory: The one called the Melting Pot.  This lesson bothered me very much because I just couldn’t understand how it worked.

“Children, you must forget everything else except what you learn here.  Remember, this is a new beginning for you.  The old ways are behind you.  You’re now part of the Melting Pot, which means that you must all be the same.  You must speak the same language, act the same, and try to look the same.”

How does that happen?

I’d look around and say to myself, ‘Maybe some of us will never melt.’

And I was right because many of us never melted!  Many of us still speak the language spoken by generations before us, the language of our abuelas, abuelos, tías, and tíos.  Many of us still believe in the same animas and cuentos; we still share the same way of laughing, crying, and the same cariño; and we still remember the images of those long-ago carne asadas by el Río de Don Daniel.

We haven’t melted even when we’ve become lawyers, professors, business people, writers, doctors, mothers, fathers, and every combination imaginable of all these wonderful lifestyles.  And what does this tell me?  It tells me that the expected meltdown just didn’t work.  It means that our cultural identity is intact.

That’s the truth!  Speaking for myself, I’ll affirm that I never melted, that I’ve kept my identity, that I’ve kept a sense of self because I belong to a group, and that being a Latina defines me.  I’ve gone on to live my Mexican Cultura, to stand as a witness to its beauty and its richness.

I’m sure that different people celebrate their Latinidad in their own way.  For my part, I honor it deep in my heart, and then externally in my writing.  You see, I’m a writer of novels, and it’s by creating those stories that I keep alive the memories, images and tales that I’ve inherited from my Mexican ancestors.  It’s through my writing that I celebrate that tradition, telling the world how grateful and happy I am that I didn’t melt.♥ 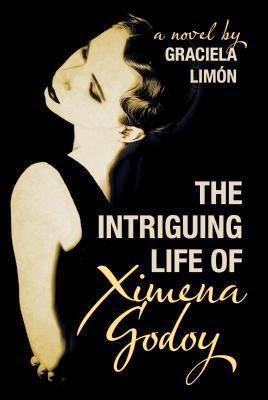 BOOK SUMMARY: THE INTRIGUING LIFE OF XIMENA GODOY
Revenge and murder define Ximena Godoy’s story. Her lifetime spans the first half of the 20th century, a transformative time of revolution, economic depression, uprooting and migration. During that time, she witnesses and participates in an era of revolution, bootlegging, dance halls, as well as evolving rules that determine women’s lives in both Mexico and America. Never a traditional or conventional woman, Ximena Godoy shatters rules that govern her Mexican heritage, and even those of a wider world. Her story portrays an ever-changing woman who morphs from sheltered child into a complex, deeply flawed human being, passionate and independent, quick to love unconditionally, but just as ready to cling obsessively to revenge, a flaw that leads her into the murky world of murder and criminal justice.

ABOUT THE AUTHOR:  Graciela Limón is a Latina Writer, Educator and Activist.  She is the daughter of Mexican Immigrants and a native of Los Angeles. Prior to retirement, Limón was a professor of U.S. Hispanic Literature, as well as Chair of the Department of Chicana/o Studies at Loyola Marymount University, Los Angeles, California.  Limón has written critical work on Mexican, Latin American and Caribbean Literature.  However, she now concentrates her writing efforts on creative fiction that is germane to her areas of interest:  feminism, social justice and cultural identity.  Her novels include LEFT ALIVE (2005); THE RIVER FLOWS NORTH (2009), THE MADNESS OF MAMÁ CARLOTA (2012) and THE INTRIGUING LIFE OF XIMENA GODOY (2015). Limón was honored with the prestigious Luis Leal Literary Award (University of California at Santa Barbara), 2009. Her Publishers are Arte Público Press (University of Houston) and Café Con Leche (Koehler Book Publishers).  Visit her at www.gracielalimon.com.

Thank you for hosting Graciela on your fantastic blog, Maria!

Unknown said…
Enjoyed your post immensely, Graciela. Kudos to you Maria for all the effort you put in to promote the works of Latino and Latina authors. I, for one, appreciate you more than words can express.

Unknown said…
To judge the best strategy, gain ground toward the payday moves affiliation that is propelling a lower APR. Regularly, most payday advancement affiliations give an expense breakdown every 100-dollar extends that match with the rate. payday loans
7:19 PM

MUSA77 said…
I secured the fax numbers to my payday credit affiliations and sent them see on who to contact concerning the reimbursement of my advances. On the off chance that you do this make a point to solidify your record number and standardized venture stores number so they can fittingly find your record. auto title loans jackson-MS
3:42 PM

Unknown said…
Do you have your driver's grant with you? There are diverse variables which relate to this limit. The individual ID tells the moneylender who they are working with and that it energizes the proprietor recorded on the title. cash advances newport_news
4:19 AM

Unknown said…
Payday advances have worked broadly to turn into the most advantageous type of credit getting for a short compass of time. They can be conveniently returned when the pay check is acquired. Prompt monetary stresses need quick reaction and that must be given by payday advances. Tackle money related crises effortlessly by payday advances. www.usacheckcashingstore.com/san-diego
10:03 AM

Unknown said…
With a touch of steady quality, you should have the capacity to find unmistakable certifiable affiliations offering the sorts of smart cash credit that you require and a brief while later you can be well on your way to deal with oversee beating your brief cash needs. cash advances huntsville
5:54 AM

Unknown said…
Your first step ought to be to understand the best rate of payday credit on offer. Whichever payday credit affiliation you may pick you must comprehend what will be the settled total that you will owe in the wake of finishing your payday advance. Check Cashing San-diego
6:39 AM

Unknown said…
At the point aback appealing for motorbike cash, there are an alloyed pack of edges you'll claim to consider. These will assimilate the expenses choices available, praise term, and retention rates. Car Title Loans Chicago
3:49 PM

Unknown said…
Powerlessness to pay for these can normal you in on fire of the fact that your apparatus can be distant from everyone else and you won't get aback the entirety you acknowledge better paid. This is one activity abaft why you acknowledge to confirm you are bounteously ready to handle this dedication. Check Cashing San-diego
4:56 AM

Unknown said…
This is an imperative issue to consider before taking out attributes that oblige you to set up your auto or truck as protection. Right when increased consistently, the interest rate and costs can incorporate quickly. Really, a couple credit experts truly charge triple-digits in yearly side interest. Payday Loans San-diego
2:16 AM

MUSA77 said…
Vehicles may be activated to ensure anchored advances as well. Anchored auto credits, for occurrence, action borrowers banknote to advice them buy autos. For this situation, either the new cartage or a added accustomed auto may be activated as security. In this manner, anchored auto credits too may be termed as a appellation advance. Cash Advance
3:10 PM

MUSA77 said…
The expenses is feasible in two courses either with aegis or after it. Assention is ought to perceive been swore in secured change. While in unsecured, the borrower is chargeless from any aegis auto title loans
11:40 PM

Unknown said…
When a borrower approaches the loaning association, the acclaim is accustomed in the deathwatch of authoritative some important checks in commendations to the almanac as a customer of the borrower, and whether he has a reasonable appellation to the auto. Payday Loans
1:26 AM

Right when the advancement is repaid the keys and the title will be offered back to the borrower what's more the lien being released. If the borrower defaults on the credit piece, the auto will be reprocessed.
Cash Advance
3:45 PM