The Latina Book Club invites you to check out our new Cover Reveals feature.
Every Saturday, we'll bring you a new book cover from a Latino author.  Enjoy! 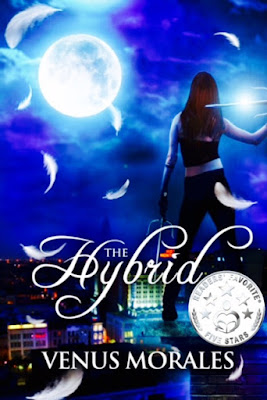 Winner of the 5-Star Silver Seal from "Readers Favorite"

The Ari is the hybrid daughter of the God of war, Ares. She is the one and only of her kind, half Goddess and half Phoenician. Ares raises his daughter in secrecy until her 18th birthday, when he is summoned to Olympus. Ari choses not follow after her father, and decides to venture out into the mortal realm. There, Ari crosses paths with an archangel named Julius, who bears a message from a seer. Only she suspects he is hiding his own dark secrets.

Ari doesn't know what to do, she doesn't know who she can trust, when she can't even trust herself. She is forced to do the one thing she knows she must do to survive; by forging herself into the weapon she was born to be.

Come back next Saturday for a new Cover Reveal!