The Latina Book Club continues its Celebration of Cuba.
Here’s a young adult novel about a teen hero struggling to reconcile the two faces of his native land.

SUMMARY:  Winner of Prize Americana, THE MARES OF LENIN PARK is the story of Uli, a fourteen-year-old Cuban boy, who struggles to reconcile his deceased father's heroic past with his mother Graciela's new marriage. Finding it more and more difficult to live in the economic times of Cuba following the fall of the Soviet Union, Uli learns that the Revolutionaries are closer than expected - dealing drugs to support the failing economy. These discoveries catapult him into a journey involving work camps, murder, and a voyage at sea.♥

ABOUT THE AUTHOR:  Agustin was born in Panama after his parents fled Cuba in the early ’60s. He grew up in Miami and currently lives in the Washington, DC metro area. Agustin’s short fiction has appeared in Arcadia Literary Journal, The Binnacle, The 34th Parallel Magazine, The Write Room, Apropos Literary Journal, The Adirondack Review, Press 1, Sugar Mule, Review Americana, and Hinchas de Poesia. His debut novel, THE MARES OF LENIN PARK (Hollywood Books International,2013), won The Institute for the Study of American Popular Culture’s Prize Americana for Prose.  In 2012, Agustin started his career as a playwright. His one-act play, Blasphemous Rumours, was produced at the Florida International University Theatre (Miami), and my 10-minute play,Ham and Eggs, was produced at the Silver Spring Stage One-Act Festival (Silver Spring, MD). The latter play was also published in Palooka Journal. Agustin has worked as a teacher, translator, and a high school principal. He is currently an educational administrator in Fairfax County, VA. Check him out on Facebook/TheMaresOfLeninPark. 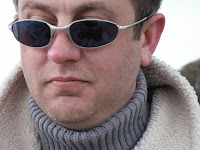