EXCERPT: ALL THAT GLITTERS: A TALE OF SEX, DRUGS AND HOLLYWOOD DREAMS BY LIZA TREVIÑO 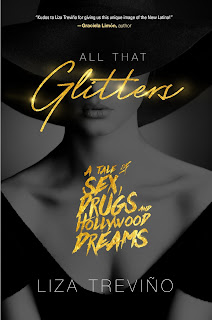 How would you like to be in the movies?  Who wouldn’t?

The Latina Book Club welcomes author Liza Treviño, who shares with us an excerpt from her new novel about a sassy Latina heroine off to make it big in Hollywood.

Book Summary:   ALL THAT GLITTERS is a women’s fiction Jackie Collins-type saga that introduces a strong, driven Latina heroine at the center of a rags-to-riches story spanning a decade of action. Along the way, Alexandria walks the fine line separating ambition and self-destruction, and discovers that some sacrifices will cost her everything.

All That Glitters:
A Tale of Sex, Drugs and Hollywood Dreams
by Liza Treviño
Koehler books 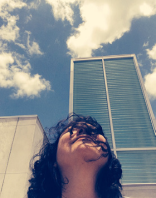 About the Author:  Liza Treviño hails from Texas, spending many of her formative years on the I-35 corridor of San Antonio, Austin and Dallas.  In pursuit of adventure and a Ph.D., Liza moved to Los Angeles where she compiled a collection of short-term, low-level Hollywood jobs like script girl, producer assistant and production assistant.  Her time as a Hollywood Jane-of-all-trades gave her an insider's view to a world most only see from the outside, providing the inspiration for creating a new breed of Latina heroine.  Learn more about Liza at www.lizatrevino.com.