Poetry is like a song, like a psalm, like a prayer. Poetry is different things to many people, and April being Poetry Month,
The Latina Book Club is celebrating by featuring Latino poets all week long.

We welcome poet Orlando Ferrand to our site. 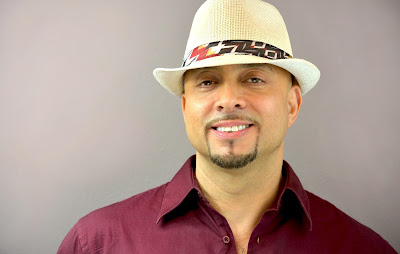 I ask myself: is there a need for skin
when you wear your soul inside out
protected
by the celestial
skeleton
of an umbrella?
--From The Fool of Bronx Park East

Q:  Tell us about your first award-winning collection of poetry, Citiwalker. Is it about Cuba? the US? both?
ORLANDO:  My first book and the award-winning collection of poetry, Citywalker, is my personal journey both geographically and psychologically in search of my identity as a construct of choice. Because I consider myself a hyphenated identity (Cuban-American), it's impossible to dig into my ethnic and cultural roots without considering the other part of my heritage, the Cuban component that has also shaped and informed my notion of identity. In that sense, Citywalker, which received the Gold Medal by Readers' Favorite Book Review and Award Contest is as much about Cuba as it is about the U.S.

Q:  You write poetry in Spanish and English.  Do you prefer one language over the other? is it the same process in both?
ORLANDO:  Writing creatively in both languages, English and Spanish, is not as much a matter of choice as it is of necessity for my soul. I prefer to write in English because the process of reconstituting my sense of identity happened within the linguistic context of English-speaking cultures--England, Canada, Jamaica and the U.S. I am a Cuban of Jamaican and French heritage primarily. The Spanish heritage came to me via my mother's paternal side and in actuality, they weren't really Spanish; they were Sephardic Jews kicked out of anti-Semitic Spain who ended up in the Caribbean converting to Catholicism. I learned Spanish in my childhood years when I lived under the totalitarian regime in Cuba in the '70s. It took me years to be able to make peace with Spanish as a language and culture in order to feel that I had a voice in that language as a writer and that it was worth an effort to master it. The process of writing in a specific language is never the same because every language has its own specificities and mandates not only in terms of morphology and syntax but also in terms of how we position ourselves under their creative spell.

c.) "Song for the Old Ones," Maya Angelou 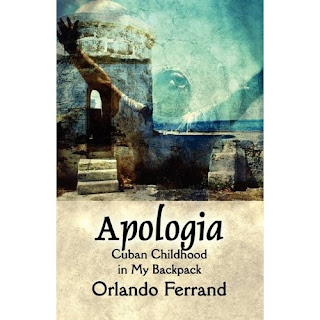 Q:  What are you working on now?
ORLANDO: I just finished a new, still unpublished collection of poetry and I'm working on my 5th book right now. I've been also working on and off on short plays, a collection of short stories and creative non-fiction.

Q: Please share with us your social media addresses.
ORLANDO:  Find me at:

ABOUT THE AUTHOR:  ORLANDO FERRAND is a Cuban-American award-winning poet, writer, and multidisciplinary artist. He is a graduate of City College, Columbia University, and Parsons. A professional member of PEN American Center, he’s been recently featured at TEDx with his poetry recital and talk, Underneath the Accent of My Skin.  Ferrand received the 2017 SU-CASA fellowship from the New York Department of Cultural Affairs and BCA, the 2015 Artist in Community Grant from NYSCA/BCA, and the BRIO Award for Excellence in Poetry from the Bronx Council on the Arts in 2014. His memoir, Apologia: Cuban Childhood in My Backpack, received a 5-stars rating by Readers’ Favorite in 2012, and was selected as the Book-of-the-Semester by Hostos Community College, CUNY, in the spring of 2012. He is the author of three poetry collections, a memoir, several plays, and has contributed to various anthologies of poetry and creative non-fiction. He teaches creative writing and fine arts at various colleges and universities in New York, and also works as an editor, literary translator, production designer, script supervisor, script analyst, and writer's coach.