BOOK OF THE MONTH: I GOT THIS: TO GOLD AND BEYOND BY LAURIE HERNANDEZ

Happy Summer! This month, The Latina Book Club, has selected a sassy and cheeky memoir
that will inspire readers of all ages to dream golden dreams.  Happy Reading!

“You win whenever you commit to something, because you can’t experience growth without even trying.”

“And when you do succeed, don’t be afraid to hit reset and dare to dream again!”
--Laurie Hernandez

“I got this.”  It was a whisper heard around the world, one Laurie Hernandez whispered to herself as she started her routine in Rio, where she and the other members of the Final Five went on to win Olympic Gold.

At 16, Laurie has achieved what most people dream of doing over the course of their entire lifetime – she’s won Olympic Gold; danced and won Dancing With the Stars; traveled the world; attended the Video Music Awards; and met Beyoncé!  Now, we can add author to her list of accolades.

BOOK SUMMARY:   At age five, this tiny Puerto Rican from New Jersey fell in love with the sport and by age six Laurie Hernandez was in gymnastics school working towards her dream.  Not every kid will know at five or six or even ten, what they want to be when they grow up, but I GOT THIS will show them the dedication and discipline it takes to achieve one’s dreams.  Laurie is very frank about what going after her dreams of Olympic gold cost her – distance from family, broken wrists, dislocated bones, torn ligaments, bruised everything. But she persevered and made her dreams come true.  We also love the stories of her tight-knit family, and how invaluable their support and understanding has meant to her emotionally.  They are her foundation, the rock on which all her dreams are founded.  Their love and faith in her keeps her strong and motivated.

I GOT THIS is sassy and cheeky like Laurie herself.  It’s also funny, witty, emotional and inspiring.  It’s a quick read, full of great personal stories and facts about the world of gymnastics.  Young readers will love the cute Emoji’s preceding each chapter, after all Laurie is the “Human Emoji” because of all the funny faces she makes during her routines.  She was also dubbed the Baby Shakira because they are both Latinas and their hips don’t lie.  Though clearly written for the young adult market, this book will inspire readers of all ages to dream big, and when needed to hit reset and set new dreams.

ABOUT THE AUTHOR:  Laurie Hernandez is an American gymnast, an Olympic gold medalist, and a beloved cast member on Dancing with the Stars. At the 2016 Olympic Games in Rio, Laurie won silver in the individual balance beam competition and secured gold in the team all-around competition. Laurie is also Puerto Rican, a Met fan, and very much a Jersey girl.# 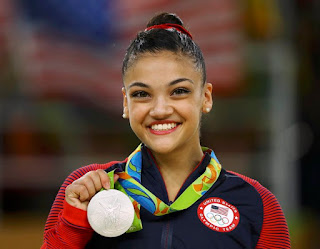 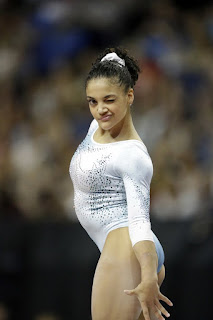 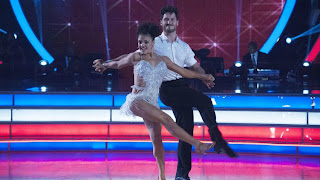 Kicking it Up at Dancing With The Stars!