The Latina Book Club doesn’t talk politics, but Trump is like the elephant in the room.  How could you not?
Our friend and Altadena, CA’s, Poet Laureate THELMA T. REYNA has just published
a poetry collection about Trump and the future of our country.
We are happy to have been granted an interview and an excerpt to share with our readers.
Happy Reading and, as always, Read Latino Lit.

NOTE TO OUR CALIFORNIA READERS!
Tuesday, March 13, at VRoman’s Bookstore in Pasadena, CA, from 7-8pm, Thelma and three other local distinguished guest poets will read from her new book.  All welcome. Visit www.vromansbookstore.com to make reservations. 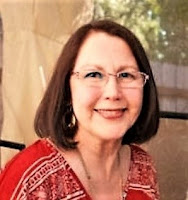 LATINA BOOK CLUB: In this book, you give voice to people’s fears of what is happening to this country with Trump in the White House— to immigrants, to the Dreamers, to all people of color.  How hard was it to put yourself into others’ shoes? Which stories were the hardest to tell?

THELMA REYNA:  Great questions, Maria. This is my seventh book, but my fourth book of poetry. For quite a while now, I’ve enjoyed writing “persona poems,” or poems in which the speaker or narrator of the poem is a very specific person, not me. So the entire poem is in the voice, with the emotions and perspectives, of that individual, and we’re seeing a particular issue, problem, situation through   the eyes and heart of that person. It’s kind of like “walk a mile in my moccasins,” as the old Native American proverb says. Thus it wasn’t difficult to write in all these voices, but some of them tugged at my heart more than others, even made me cry as I wrote the lines. It’s hard not to feel the pain and heartbreak that we’re expressing on behalf of those specific, vulnerable individuals.

LBC:  Racism has always been around but now it’s literally in our face.  By combining fact & fiction you hold up a mirror to this country’s face.

THELMA:  This is perhaps the most horrific damage that Trump has done to our nation: bring racism roaring out of the shadows and into an emboldened source of hate and danger. Trump embraces the White supremacists (who, by the way, were very instrumental in his victory) because he himself is a racist. The documented evidence of the harm these Neo-Nazis, alt-right, KKK, and White Nationalists have done is clear: murders they’ve committed as hate crimes have risen tremendously, about triple what they were before Trump. Voter suppression continues to rise in the right-wing states, assaults and killings of LGBQT people have soared. Muslims, Jews, Mexicans, Blacks are endangered more than ever. These are facts backed by statistics. Several poems in my book, such as “Charlottesville,” deal with this travesty. Thankfully, though, the majority of Americans don’t accept this racism and are fighting back strongly. I believe firmly that non-racists will win this struggle for, as they say, “America’s soul.”

LBC: How did you come up with title, with such a gorgeous cover? We love that the woman covers her eyes, yet we can see her.

THELMA:  And we can still see her weeping! To me the symbolism was that nothing can cover up our nation’s fear, distress, anxiety over the chaos that Trump has thrust upon us. We can try to hide it but we can’t. The world can see it.

As I followed the campaigns, then read daily about what President Trump was doing and saying in his first year of the presidency, all the dysfunction he demonstrated daily, his twittering and irrationality, I felt that nobody could ever predict what this unfit man would do next. A tea leaf reader had as much of a chance at being correct as the political experts, scholars, historians, journalists did! Thus, the title.

LBC: What IS in the tea leaves for the people? How do we support and nurture hope in the face of such tyranny? Can America really be great again?

THELMA:  The final poem in my book, the title poem, describes how more than 100 cups of tea leaves have been read by the speaker in her quest to understand, yet: “not knowing is all we’ll know after Trump.” I think that was an appropriate end to this book, but in my heart, I believe strongly that all the good people of America will ultimately prevail. Just witness the increase recently in protest marches and demonstrations against Trump and all he represents, including against his complicit, emasculated GOP. The majority of the people oppose his agenda. Now we must continue speaking out—in all forms, whether onstage at the Oscars, at rallies, or in books like mine. But our loudest outbursts will be at the polls this November and in 2020. We must vote them out, or we’ll lose the war for our nation.#

EXCERPT POEM FROM HER NEW BOOK:

I know no other land but this, learned to toddle on American soil, and
rise for no other anthem but yours.
My mother wrapped me in an old, frayed towel, a round bundle in her
brown arms, and never set me down till she arrived.
From the start, she pushed English on my baby mind like she pushed
Gerber in my mouth.
Her checks from cleaning buildings light-to-night were small but
targeted like lasers on school.
Day care, pre-K, books on a rickety shelf in my room next to hers,
scuffed wood floors, little heaters plugged into the wall.

But I learned and rose, rising higher as her pride in me broke
through walls and ascended clouds.
I write, I write and write, poems and stories about her, and dad,
and how he died when I turned ten.
I grow poetic now because it’s what I know: beauty in this world,
humanity she made me see,
brilliance of the human mind, freedoms of barriers smashed, things she
saw for me to make her risk her life.
I write essays for my college class, thick reports on politics and how this
nation was built on dreams,
how wave after wave of heroes and mortal gods bloomed
because of their visions of greater things.

I want to change this world as they did, to wield my American-ness for
nurturance of hope and growth,
and I’ve been the best, the best son, and student, the best neighbor
and friend, eyes wide and seeking truth.
So I ask you now, and every day, alongside others who traveled
in arms through desert suns and cactus nights,
other babies now grown, other toddlers pulled through thorns
and dirt many years ago, now grown,
grade-school children made to carry water in jugs, to sleep
without blankets in their dusty treks,
I ask you now why these children should be punished for their
parents’ deeds,
how children without another land can be condemned to
leave their roots, now deep and strong, and let their spirits die.#

AUTHOR BIO:  Thelma T. Reyna’s books have won 10 national literary honors. She has written a short story collection, two poetry chapbooks, and two full-length poetry books. As Poet Laureate in Altadena, CA, 2014-2016, she edited the Altadena Poetry Review Anthology: 2015, and 2016.  Reyna’s fiction, poetry, and nonfiction have appeared in literary journals, anthologies, textbooks, blogs, newspapers, and other media for over 25 years.  She is a 2017 Pushcart Prize Nominee, and her new book, Reading Tea Leaves After Trump was released in January 2018. Visit her websites to learn more.