The Latina Book Club is Celebrating Women’s History Month by showcasing female authors and poets all this month.
We thank these fearless women for joining the celebration and sharing their works with us.  Enjoy! 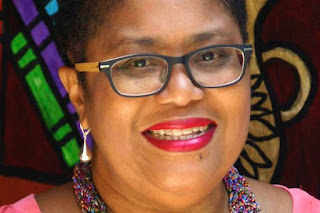 Dahlma Llanos-Figueroa was born in Puerto Rico and raised in New York City. She is a product of the Puerto Rican communities on the island and in the South Bronx. She attended the New York City public school system and received her academic degrees from the State University of New York at Buffalo and Queens College-City University of New York. As a child she was sent to live with her grandparents in Puerto Rico where she was introduced to the culture of rural Puerto Rico, including the storytelling that came naturally to the women in her family, especially the older women. Much of her work is based on her experiences during this time. Dahlma taught creative writing and language and literature in the New York City public school system before becoming a young-adult librarian. She has also taught creative writing to teenagers, adults, and senior citizens throughout New York while honing her own skills as a fiction writer and memoirist.  Her short stories appear in the following anthologies: Bronx Memoir Project, Latina Authors and Their Muses, Breaking Ground: Anthology of Puerto Rican Women Writers in New York 1980 - 2012, and Growing Up Girl. Dahlma's work also appears in various literary magazines such as the Afro-Hispanic Review, Punado, and Kweli Journal.  Since her retirement, Dahlma continues to dedicate herself to her writing, speaking engagements, and workshops. She resides in the Bronx with her husband, photographer Jonathan Lessuck.


GETTING TO KNOW YOU

We loved your book DAUGHTERS OF THE STONE, but now you have a new version.  Why did you change it? What did you add to make it even better?

DLF:  By 2018, the original hard cover edition was out of print. For years, I pushed for the publisher to release a Trade Paperback edition that would be more affordable for our community. They would never do it, so when I finally got my rights back, I published it for myself. There are no words that can express the freedom to be able to have total control over your own work. What's changed? The text is the same, however, because it's the 10th anniversary edition, I really wanted to thank my longtime supporters and readers directly. This edition has a new cover design and spine (though I kept the original artwork that is so much a part of the story). It also contains A Note from the Author, as well as a Readers Guide for use by schools and book clubs.


You have a new book, A WOMAN OF ENDURANCE.   Describe it in 5 words.

DLF: It's about a woman who is used as a human breeder of slaves and her fight to heal from that trauma. (Sorry, couldn't keep it down to five words.)


When will the new book be published?  Was it hard to find a publisher for it?

DLF:  My agent, Marie Dutton Brown, is currently seeking a home for my second novel. Several publishers have expressed interest. You, my readers and followers will be the first to know when I sign on the dotted line.  Keep your fingers crossed for me.


Latina or Latinx?  This question keeps coming up.  Do you have a preference?  Are the terms interchangeable?

DLF:   I personally prefer Afro-Latina or Afro-Boricua which embody more of the totality of who I am as a woman and as a writer.


March is Women's History Month.  What women have inspired you and your writing?

DLF:  My mother, grandmother and my great grandmother are my personal role models. They broke the molds of women of their times, taught me about struggle, endurance, and storytelling as a way to pass on personal history. On the literary level, Julia de Burgos, Isabel Allende, and Toni Morrison taught me that I can tell my own story, my own way. They also taught me how to make language sing. I owe them all a debt of gratitude.


Do you think  a woman can be President of the USA?

DLF:  The short answer is women are ready and certainly qualified to be president, but I don't think the country is ready to see that happen. 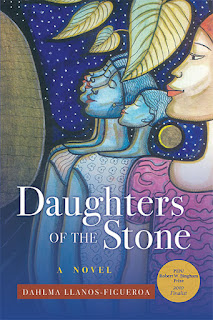 DAUGHTERS OF THE STONE spans five generations of Afro-Puerto Rican women. A lyrical powerful debut novel about a family, detailing their physical and spiritual journey from the Old World to the New.

Book is available by clicking here.