The Latina Book Club is Celebrating Women’s History Month by showcasing female authors and poets all this month.
We thank these fearless women for joining the celebration and sharing their works with us.  Enjoy! 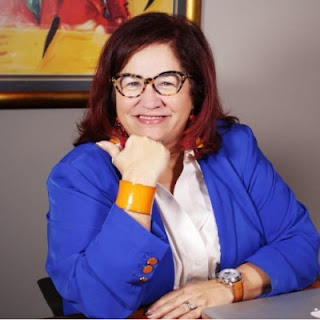 MARTA M. MIRANDA-STRAUB is a poet and storyteller who has spent her life working towards equity, inclusion, and creating systems change. Her activism has focused on advancing social and economic justice for marginalized communities. Until the age of twelve Marta was raised in Pinar del Rio, Cuba. In 1966 she immigrated to New Jersey. “As a refugee family from Cuba,” Marta said, “we were resettled by Catholic Charities in West New York, New Jersey, with a sponsor family in September 1966. We left our extended family, photo albums, toys, worldly belongings, language, culture, flag, and land on the island.” She now lives and works in Louisville, Kentucky, and affectionately describes herself as a Cubalachian— a combination of Cuban and Appalachian. When she arrived in Kentucky and saw the beauty of the “old and worn mountains” she “knew that [she] could be an American, a Cuban-American, as long as [she] could live in Kentucky.”

GETTING TO KNOW YOU

It's Women's History Month. What three women inspire you most of all? Any female authors?

Do you think a woman can be President of the U.S.?

MMS:  Yes, and thank you for this question. I think a woman can and should be President of the U.S. Electing a woman is well overdue. Many other countries have excellent female presidents and history has shown women can and should be given the opportunity to lead their countries.

What do the skeletons signify in your title? In your poetry?

MMS:  The skeletons in CRADLED BY SKELETONS / MECIDA POR ESQUELETOS represent the people in my life who had the same circumstances as me but died or were killed. My twin sister died at birth. Many refugees seeking asylum died on their journey to the U.S. Also, I grew up in a violent ghetto in New Jersey upon arriving in the U.S. Many did not live to make it out of that ghetto due to violence, drug use, or other circumstances. Personally, I am recovering (for thirty-eight years now) from drugs. All of these people are the skeletons in my title, in my work. They cradle me and I carry them in my DNA. They hold me up to give voice to their experience.

This memoir relates Marta Miranda-Straub’s experience of trauma, resilience, and transformation. The book also portrays how her life’s work as a social worker, educator, leader, activist, advocate, and community organizer has been fueled by discernment, resistance, and transformation of individual, institutional, and societal systems of power. Miranda-Straub has a keen sense of awareness and she questions injustices with intention, compassion, humility, and humor. There is a shared connection with both the victim and the perpetrator in her writings that exalts the grit and grace of humanity.

You can read more about this book and see a sample of inside pages, at this link: https://smpbooks.com/product/cradled-by-skeletons/