My heart belonged to the South, but somehow
I knew I could not escape the North.--- Gerald Poyo

Whether Gerald Poyo is writing about Cubans in exile or the island’s struggle for independence or about his great-great-great grandfather who was a lector for Cuban cigar workers (like in the film Anna in the Tropics), his writing has always been well-researched and detailed, as is his new book.

Poyo turns to family again in A LATINO MEMOIR: EXPLORING IDENTITY, FAMILY AND THE COMMON GOOD.  The author is tracing his family’s roots across five generations and two continents.  The writing is wonderfully descriptive and engaging. It’s interesting to learn about our ancestors, their passions and dreams, and realize that those traits are within us.

SUMMARY:   In a bumpy, anxiety-producing plane ride across the Straits of Florida to Cuba in 1979, graduate student Gerald Poyo knew his life would either end that day in the World War II-era prop airplane or change forever. He survived the trip, and his ten-day visit solidified his academic research and confirmed his career as a history professor.  In this wide-ranging examination of his relatives' migrations in the Western Hemisphere, the Americas, over five generations, Poyo uses his training as a historian to unearth his family's stories. Beginning with his great-great grandfather's flight from Cuba to Key West in 1869, this is also about the loss of a beloved homeland.

His father was Cuban; his mother was from Flint, Michigan. Poyo himself was six months old when his parents took him to Bogota, Colombia. He celebrated his eighth birthday in New Jersey and his tenth in Venezuela. He was 12 when he landed in Buenos Aires, where he spent his formative years before returning to the United States for college. "My heart belonged to the South, but somehow I knew I could not escape the North," he writes. Transnationalism shaped his life and identity.

Divided into two parts, the first section traces his parents and ancestors as he links their stories to impersonal movements in the world, Spanish colonialism, Cuban nationalism, United States expansionism that influenced their lives. The second half explores how exile, migration and growing up a "hemispheric American, a borderless American" impacted his own development and stimulated questions about poverty, religion and relations between Latin America and the United States. Ultimately, this thought-provoking memoir unveils the universal desire for a safe, stable life for one's family. 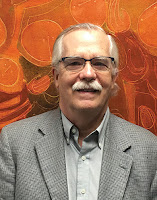 ABOUT THE AUTHOR:   Born in New Jersey, Gerald Poyo grew up in Bogota, Colombia; Caracas, Venezuela; and Buenos Aires, Argentina. As a graduate student, he studied Latin American and U.S. Latino history. He worked as a research associate and curator at the University of Texas Institute of Texan Cultures at San Antonio before taking a faculty position at Florida International University in Miami. Poyo is the author of several books, including Exile and Revolution: José D. Poyo, Key West, and Cuban Independence (University Press of Florida, 2019) and Cuban Catholics in the United States, 1960-1980 (University of Notre Dame Press, 2007).