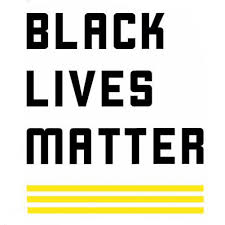 Just when there is a light at the end of this Covid-19 tunnel we’ve been bunkered in for the past eight weeks, there is a confrontation at the Brambles in Central Park and a murder in Minneapolis that shatter our lives, our country, the world.

The Latina Book Club condemns racism in all its forms. We especially condemn the murder of George Floyd at the hands of the police.  We stand in solidarity with our Black brothers and sisters, friends, neighbors, and community members.

We Are In This Together.  We recognize that ALL Americans are equal, and that no matter the color of our skin, religion, sexual orientation, economic background, et al, ALL of us are part of the whole, and we must be treated with respect and dignity.

We know that by working together we as a community, as a country, can ALL stamp out racism, police brutality, sexual harassment, bullying and greed, and create a new and better world.

Until that time comes, please know that....

I would like to thank my friend Shailyn Tirado for allowing me to borrow her list of where we can donate time and resources to help out those affected.

(Note: the Minnesota Freedom & Brooklyn Community Bail fund are urging people to donate elsewhere, as they’ve each received an outpouring of donations.)

·      The Brooklyn Bail Fund is “committed to challenging the racism, inequality, and injustice of a criminal legal system and immigration and deportation regime that disproportionately target and harm low-income communities of color.” Donate here.

·       Free Them All For Public Health is raising money for protesters who have been arrested in New York. Venmo: @BailOutNYCMay.

·       LGBTQ+ Fund is a Bail fund providing relief to jailed LGBTQ people in 15 states and counting. More information on how to donate here.

·       The National Bail Out is “a Black-led and Black-centered collective of abolitionist organizers, lawyers and activists building a community-based movement to support our folks and end systems of pretrial detention and ultimately mass incarceration.” Donate here.

·       The Los Angeles chapter of Black Lives Matter is currently supporting organizers, endeavoring to adopt a “People’s Budget” that reallocates police funding to communities that need it. Donate via the Black Lives Matter LA website.

·       The Peoples City Council Freedom Fund is another Los Angeles offering. Per the fundraiser’s GoFundMe page, “As the mayor and city council have sought to increase the LAPD’s budget during a pandemic, and as police around the country continue to kill innocent Black people, we have taken to the street to protest the funding of state sanctioned murder. This fund will be used for supplies that will keep us safe, things that will amplify our noise, transportation for protestors support for other organizations, bail relief, and other necessary resources as we fight this battle.”

There are ways to reduce the risk of spreading COVID-19 at a protest.
Read about them here.