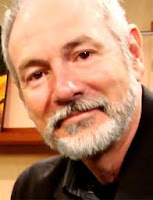 I found the book in turns, passionate, vivid, and terrifying.  It was a totally engrossing and emotional tale about Hispanics in search of justice and a country of their own. Unfortunately, the rebels’ quest leads to the imprisonment of all Latinos in Quarantine Zones. At the end, the battle is lost and the rebels jailed along with all the other Hispanics in the U.S.


BUT THE BATTLE CONTINUES…. Manolo Suarez is back and still fighting.  But now, trouble comes from the home front as his teenage son joins the battle but on the side of extremists attacking innocent civilians.  Is this what Manolo fought so hard for -- to lose his son?  Is this the lesson his struggles taught his children?  his people?


Here is a sneak peek at the sequel: HOUSE DIVIDED.

HOUSE DIVIDED will be on sale from Grand Central Publishing on January 28, 2011.  Order your copy today.


COMMENT: Do let us know what you think of the books.

ABOUT THE AUTHOR: Raul Ramos y Sanchez is a founding partner of BRC Marketing, established in 1992. He had developed a documentary for public television entitled, “Two Americas: The Legacy of Our Hemisphere.” Ramos y Sanchez is also the host of MyImmigrationStory.com, an online forum for the U.S. immigration community. To learn more about the author and his works, visit http://www.raulramos.com/.

AMERICA LIBRE has won several awards including, Best Novel from the International Latino Book Awards; First Place in the Book Into Movies Awards; and, Finalist in the Violet Crown Fiction Awards.