The Latina Book Club's mission is to promote Latina / Latino authors, which we do through book reviews, author interviews, publicity announcements, book of the month selections, etc. A new feature we have added this year is "Writers Wednesdays." The first Wednesday of each month we will feature a writer talking about ...writing. Happy Reading! 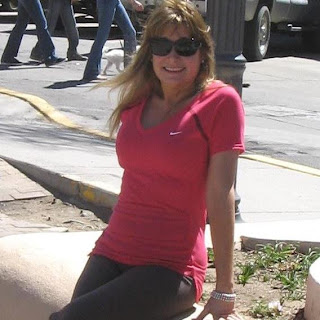 You may have published a dozen or more short stories in magazine, e-zines, anthologies and literary blogs, and you are quite proud of them. “They are so good,” you tell yourself. “Heck, they are gems!”

But what to do with them? Not many publishers are interested in short story collections and some say straightforwardly that they won’t even look at them. “They don’t sell well,” “Readers prefer longer works” are common excuses.

Yet short story collections are not totally unsellable. I have published three of them (two in Spanish and one in English). Here are a couple of tips to improve your chances of marketing yours:


1)  Present the book as a unit, instead of a compilation of unconnected stories.
A linked story collection has a better chance of catching a publisher’s eyes because you will be selling “a package.” It can contain novellas, short stories and short shorts.

In order to do that, you will need to review all the stories and change some characters’ names and background. Think of the possibilities to link one narrative to another. I am not talking about a complete change of the stories, which would amount to writing a new book, just a revision with that linking purpose in mind.

Can two characters from different stories be combined to form one? What do they have in common? Does the same setting appear in more than one story? Is there a way in which a story can complement another, either by providing a clue about its ending (which may come up as a surprise) or offering more details about characters and situations? Can a story become the background or the prequel for another so they all seem to be loosely link?

The key adverb here is “loosely.” There is no need of interjecting the same character in all of them or bringing up the same theme in a manner that seems fat-fetched.


2)   Be selective.
As for which stories to choose, you have to be quite picky and not try to include everything you have written up to now in the collection. There will always be one or two that feel and read like fillers…see if you can do without them. If they feel like fillers to you, they are likely to have the same effect on the publishers. So if your favorite story doesn’t fit with the others, don’t throw it in there just because. 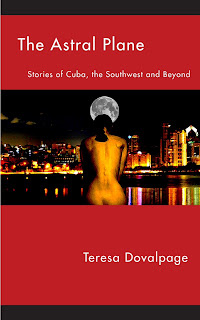 I did that with my last collection, published by University of New Orleans Press, in 2012. The book contains two novellas and five short stories, which I chose because they all take place in Cuba, or between Cuba and the United States. New Mexico is the setting of three of them, and this gave me an idea for the subtitle: Stories of Cuba and the Southwest. One novella, “The Astral Plane,” contains a sprinkle of magic realism, so I decided to use it as part of the title too. Finally I came up with THE ASTRAL PLANE: STORIES OF CUBA, THE SOUTHWEST AND BEYOND, which I thought gave a fairly good idea of the material included.

After deciding on the stories I revised them all and started to make connections. Some are just mentions: a character from “A virgin for Cachita” is friends with the protagonist of “Poe, the Professor and the Papichulo.” In other cases, the bond is more complex: The lost boy in “La Llorona’s son” may or may not be a serial killer in “Menina and the Chupacabras”––it’s up to the reader to determine that. They all are self-contained stories but reading them together brings a different meaning to the book as a whole.


Compiling a short story collection is like making a necklace. Choose your beads, or your gems, and start stringing them together. Good luck!###


ABOUT THE AUTHOR:  Teresa Dovalpage was born in Havana and now lives in Taos, New Mexico. She has a PhD in literature, and currently teaches at UNM Taos. She also writes two weekly columns for Taos News. A bilingual author, she has published six novels, four in Spanish and two in English, two short story collections in Spanish and one in English. Her blogs are http://teredovalpage.wordpress.com/ (English) and http://teresadovalpage.com/ (Spanish).

Unknown said…
I wanted to thank you for this special read. Your site is greatly appreciated. Thanks a lot for sharing. . .
Best Packers and Movers in gurgaon.
1:43 AM

Unknown said…
Bettys blog has been selling the best anti aging cream online and Betty has tested all the products on herself. Find out how Bettys has improved her skin and wrinkles on her face!
11:04 PM

marko said…
You wish as of now for an auto which will help you achieve the spot on time and that too serenely. You can't think about the various automobile advances due to the poor credit you are experiencing. Payday Loans Costa-mesa
4:57 AM

marko said…
Thatrrrs exactly what precisely car rebuilding individual credits are going to do, these items accommodation your musings at long last verify your truck was in perfect performing request. There is no reason squandering extremely subsidizes on your objective truck, simply as of now have it be situated from the drive way once you can't manage the cost of your auto repairs. car title loans
2:05 PM

marko said…
A considerable lot of these banks will offer adaptable reimbursement alternatives and even choices where you can avoid an installment if necessary. However, before you make utilization of these alternatives it is basic that you figure out any conditions connected with these and how they may influence you future reimbursements. cash advance chicago
6:24 PM