It's Halloween Week and the Latina Book Club is proud to bring you books that will scare you and make your heart race.
So Be Brave and Happy Reading.

Alright, this book is just a little scary.  PERLA GARCIA AND THE MYSTERY OF LA LLORONA, "THE WEEPING WOMAN," is a new bilingual book series for young readers.  It is available in English and Spanish.

It's the first in a series of mysteries with a young girl "detective" and her trusty German Shepherd.  The best part is that it has a glossary of the Spanish words used in the book; plus, it encourages kids to investigate mysteries of their own and share on an entertaining and interactive website.  This book won the Pinnacle Book Achievement Award for Best Children's Bilingual Book (Summer 2015).

SUMMARY:  Perla Garcia is a fourth grader who loves to write and solve mysteries.  When her friends claim to see La Llorona - The Weeping Woman - wandering the stream in el Barrio de la Guadalupe and chasing them, Perla sets off to investigate with Valiente, her dog, by her side.  (Valiente means brave in Spanish; and he is!)  Together they look for clues.  Perla is skeptical at first, but then she too sees La Llorona; she too hears the cries of ghost children.  Now, she is more determined than ever to get to the bottom of this mystery. 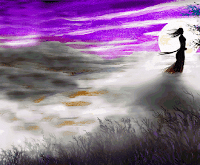 ABOUT THE AUTHOR:  Dr. Rudolph “Rodolfo” Alvarado, the author of The Perla Garcia Mysteries, grew up with three  sisters in Lubbock, Texas. The first story in the Perla Garcia Mysteries is dedicated to them. He holds a Fine Arts Ph.D. and an MFA in Playwriting from Texas Tech University, as well as an MA in History from Eastern Michigan University, where he was a University Fellow and a Parks/King/Chavez Fellow. His work has been published by the University of Michigan Press, Arte Público Press, Michigan State University Press, Texas A&M University Press, and Alpha Books of New York. His biography, The Untold Story of Joe Hernandez: The Voice of Santa Anita, won the prestigious Dr. Tony Ryan Book Award.

The Perla Garcia Mysteries are illustrated by Peter Nowakowski, and translated into English by Nereida Nazzaro.

For more information on the series and its creators, visit www.perlagarciamysteries.com.