The Latina Book Club's mission is to promote Latina / Latino authors, which we do through book reviews, author interviews, publicity announcements, book of the month selections, etc. A new feature we are adding is "Writers Wednesdays." The first Wednesday of each month we will feature a writer talking about .....writing. Enjoy!

ENRICHING THE JOURNEY:  DISCOVERING MY MUSE IN LATER LIFE
by Beatriz F. Fernandez

My writing journey began with a column cut out from a local paper: “The Poet’s Corner” by Rita Dove in which she showcased a poet, Andrea Hollander Budy, (now Andrea Hollander) and the title poem of her book, THE OTHER LIFE. In Hollander’s poem a woman takes out a scarf from a drawer and the waft of its faded perfume reminds her of other lives, unlived lives, pregnant with past possibilities. In the same way, over the passing years I would take out the brittle slip of newsprint and re-read it, taking solace in the voice of another who had put into words what I often felt, someone who recognized this “other life,” this life lived only in our minds.

During my youth I wrote poetry fitfully, occasionally hitting a good note but never feeling totally satisfied with the results. At 48, I felt as though my writing was at a standstill. One day I brought out the newspaper clipping again, thought to look up the poet’s website and discovered she offered distance tutorials. On the off chance she might be available, I emailed her about my struggles to improve my poetry. And so began my journey to become a poet at midlife.

I embarked on a series of a combination of email/phone sessions in which Andrea would send me an assignment and I would email her some poems and then we would meet via phone to discuss them. At first I balked at writing formal poems at which I had never been successful: sonnets, villanelles, ghazals. Accustomed to free verse, writing in form felt restrictive to the point of bewilderment. I felt as if I was asked to crack a secret code!

I know exactly when the turning point took place: Andrea assigned what she calls a “postcard poem” and part of the instructions involved writing in a voice not my own and communicating a sense of longing in the poem. The word “longing” triggered an association to ill-fated lovers such as Heloise and Abelard, so I began to write a letter from Heloise’s point of view. As I wrote, I felt a burning sensation in my head—my brain felt on fire! You’ve seen those cartoons where smoke comes out of the character’s ears because he/she is thinking so hard?

Writing in the voice of others: Dante, Nefertiti, Hypatia, Irene Adler, has helped me find my own voice when I approach new poems written in the first person about personal subjects. After a cousin visited from Puerto Rico bearing bad news, I was able to transmute the shock and pain into a poem:


You tell me your bad news at breakfast,
standing shirtless in my blue kitchen,
brightly lit as an empty stage
waiting for actors to appear—
but there is only you, my cousin,
deep brown eyes like fishing holes
in the frozen lake of your face.

Later we spoke of the old days,
a family trip to La Parguera,
our kayaks slipping silent
through the black waters
of the phosphorescent bay.

I remember trailing my fingers
in the dying light of our wake,
watching the bright fish
spiral down and disappear
into that substantia nigra—
like stars drowned out by the sun.

Memories ripple in concentric circles
away from us, away from this moment,
from every tremor of your fingers,
every soft cadence of your voice—
that voice once so crisp and clear,
those fingers that once tap-danced
on your thighs, jangling your keys,
as your impatient mind raced ahead.

We both know the bay’s magical glow
died out long ago, poisoned by gas-powered
motorboats spewing their oily fumes
into the black waters—but all I remember
are our paddles dipping in molten night,
dark-shouldered mountains shrugging
around us in the distance and the lights
from faraway hill-top houses winking out,
one by one, as dawn grew near.

Sometimes I wonder why I was unable to devote myself to creating poems when I was 20, or 30, or even 40? Did I waste years that I could have spent building a writing career? Maybe so, maybe so, but I can’t help feeling that discovering the power to express myself effectively in poetry is enriching my life in ways that I would not have appreciated earlier, or welcomed properly. The anguish of self-doubt would have weighed down the pure joy that I find buoying up my daily life now.

At 50+ I can claim many freedoms I did not possess before—my hair is thinner but my skin is thicker—I can take rejection and criticism and stand my ground better, I can risk being laughed at or ignored, I have no urgent need for validation or recognition, and I can appreciate others’ writing without fear of becoming a mere imitator. In other words, I can truly enjoy the process of writing poetry!

Another advantage not previously available: online education, which offers training and guidance where and when you need it, often with individualized instruction. Without the advent of online instruction, I never would have found a mentor like Andrea, who is both a gifted poet and teacher, but who lives on the opposite coast!

Andrea has taught me that a poem is a journey of discovery, which must take the reader to a place neither the reader nor the writer (sometimes!) expects. My personal writing journey has taken on a new glow of excitement and adventure with surprising twists and turns. It took some courage to take that first step towards my true desire, and I may not foresee where I will end up, but now I know that the life I had lived only in my mind can become real through my poetry.♥ 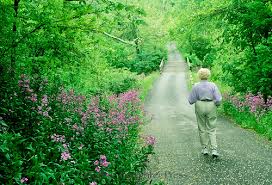 Beatriz F. Fernandez is a Reference Librarian at Florida International University in Miami, where she’s lived for the past 20 years. She was born in Philadelphia to a Puerto Rican father and a Peruvian mother and at age five moved to Guaynabo, Puerto Rico, where she grew up. She was the grand prize winner of the 2nd annual Writer’s Digest poetry award and has been published by Writer’s Digest, Verse Wisconsin, Lorelei Signal and Spellbound.  Visit her blog, Blog as if No One is Reading, at http://www.beasbooks.blogspot.com/.  Follow and Friend her at www.facebook.com/beaffernandez and www.twitter.com/nebula61.

Nebula said…
Thanks for your comment, J.A.! Are you a latecomer to writing, as well?
2:24 PM

Unknown said…
Regardless of the way that the title bank won't approach you what the money is for, oversee yourself to not taking out an auto title progress pointlessly. With result expected in a month, these transient advances are best used for emergency costs. Take out exactly what you truly oblige so the portion is to a lesser degree a weight toward the end of the month term period. auto title loans
5:22 PM

Unknown said…
In like way review the credit terms and conditions deliberately and give watchful thought to the security essentials and know absolutely what property you are swearing as security for the change, auto title loans newport_news
3:21 PM

Unknown said…
Propelling affiliations have title credit blueprints advanced on their areas. Of course, the borrower may contact the propelling relationship in the end. This will however be a trying undertaking resulting to the measure of banks in the UK has expanded obviously. The vast majority of the online development experts have linkages with distinctive different unmistakable banks. auto title loans norman ok

marko said…
These credits are offered to all strolls of individuals independent of checking their past credit records. Any awful credit individuals can request advance through such advance. usacheckcashingstore.com/corona
1:59 PM

Unknown said…
Thank you very much for posting and sharing this great article. People should help to feel happy for their current situation and should be admired for the way they Purchase Cheap Research Paper spend their life so that they don’t feel and need to get and earn more money from them.
3:46 AM

Java Assignment Provider said…
Hi buddy, your blog' s design is simple and clean and i like it. Your blog posts about Online Dissertation Help are superb. Please keep them coming. Greets!!
Java Homework Help Online
1:00 AM

Assignment Helper said…
My friend recommended this blog and he was totally right keep up the fantastic work!
Public Sector Economics Projects
1:53 AM

Unknown said…
I am so happy to read this. This is the kind of manual that needs to be given and not the random misinformation that's at the other blogs.
Sociology Assignment Help
2:27 AM

Mike Jasson said…
Fantastic blog, it is so informative and good gained knowledgeable site, all students are asking about this site, we must be the first visit this site. Peoples who need well and good info from this site.
Accounting Homework Help
3:34 AM

case study said…
Really i appreciate the effort you made to share the knowledge. This is really a great stuff for sharing. Keep it up . Thanks for sharing.
Case study Help
12:57 AM

Blogger said…
Our website is number in HR Assignment Help & homework help. This is preferred destination for various students to get their HRM assignment done.
Human Resource Management Assignment Help
1:47 AM

assignment provider said…
This was a great and interesting article to read. I have really enjoyed all of this very cool information
Launching and leading intense teams Case Solution
8:21 AM