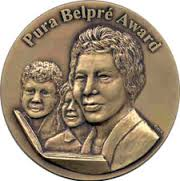 The Pura Belpré Award, established in 1996, is presented annually to a Latino/Latina writer and illustrator whose work best portrays, affirms, and celebrates the Latino cultural experience in an outstanding work of literature for children and youth.
The 2014 Winners are:
Author Award Winner – Meg Medina for her book YAQUI DELGADO WANTS TO KICK YOUR ASS (Candlewick Press), a YA book on bullying and resilience. 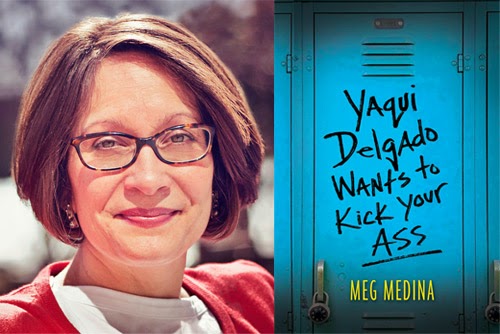 Illustrator Award Winner – Yuyi Morales for her illustrations and writing of NIÑO WRESTLES THE WORLD (Roaring Brook Press), a YA book about a boy who battles icons from Mexican popular culture in the lucha libre ring. 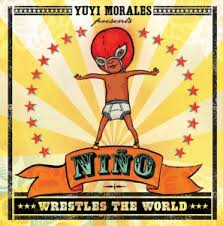 Honorable Mentions include:   Margarita Engle, Matt de la Peňa, Duncan Tonatiuh, Angela Dominguez and Rafael Lopez.
The Award is named after Pura Belpré, the first Latina librarian at the New York Public Library. The Pura Belpre Award is co-sponsored by the Association for Library Service to Children (ALSC), a division of the American Library Association (ALA), and REFORMA, the National Association to Promote Library and Information Services to Latinos and the Spanish-Speaking, an ALA affiliate.
To learn more about this award and the Honorable Mention authors and illustrators, please visit http://www.ala.org/alsc/awardsgrants/bookmedia/belpremedal.

AKLibrarian said…
Thank you for posting this news! If you'd like a more in-depth coverage of the Pura Belpré Award, feel free to contact me. Alicia. (REFORMA Public Relations) pr @ reforma.org
1:16 PM

Unknown said…
I found this post informative and interesting. Looking forward for more updates, thanks for posting. . .
safe movers in kolkata.
1:02 AM

Unknown said…
This is called false showcasing. Much the same as the wording "false moving" the overall bit of these affiliations never express all of pertinent information about their alliance. They may contract outsourced editorialists and makers to shape their substance. auto title loans chicago
4:13 AM

Unknown said…
Title credits are named in this way as a deferred result of the banks asking for the ensuring of duty as for vehicle, known as the title. The borrowers are in like way not restricted from making usage of the vehicle in the midst of the season of the headway, in light of the way that simply title is held by the credit proficient. Payday Loans
11:48 PM