BOOK OF THE MONTH: STEPDOG BY MIREYA NAVARRO

I underestimated the dog.

He wasn’t just a dog. He was negative energy, a competitor for my husband’s attention, a nuisance, a bad roommate, a total traitor.—Mia

STEPDOG is a comedy of errors about woman versus dog.  The funniest part is that this story is true.

Mireya “Mia” Navarro has written a wonderfully funny, sentimental story about her and her rival. She is a Pulitzer Prize winning journalist with The New York Times.  She’s traveled the world and covered many difficult topics from immigration to 9/11.  She has won numerous accolades and taught university.  Nothing gets under Mia’s skin.  Well, nothing but the dog.

It’s a hate-hate relationship from the start.  Mia finds the man of her dreams, with the dog of her nightmares.  She knows that marrying a man from a different culture will be a challenge—she's Catholic; he's Jewish; plus, he has kids which will also be difficult. Stepmom sounds horrible in any language—English and Spanish.  But Mia never thought that the biggest rival for her husband’s affection would be the dog.

Eddie, a blue heeler, arrived four months before she did and staked his claim.  Jim was his, and Eddie was going to make sure it stayed that way.  He would bark at Mia; push himself between her and Jim when they were hugging or kissing; and when ignored Eddie was known to leave his mark outside their bedroom door.

Many dismissed Mia’s complaints about Eddie as ridiculous.  A dog was a dog, right?

Wrong!  With as much attention as Jim paid the dog, Mia sometimes felt like the mistress on the side.  Years pass and Mia tries everything to win the dog over without success.  They are living in sunny California, when she is recalled to New York.  They try a bi-coastal relationship again (Jim and Mia had one while dating), and when the kids are off to college, Jim agrees to move to New York permanently.  Mia plots to leave Eddie behind, but Jim is not leaving his big galoot.

Eddie loves New York, but the small one-bedroom apartment in the city is too small for all of them. They move to Montclair, New Jersey, into a beautiful duplex.  Now Eddie can have a backyard and Mia can have a floor of the house to call her own.  A near death experience with Eddie—plus, a number of self-help books, $300 an hour counselor visits and bitch-sessions with girlfriends—gets Mia to see Eddie in a different light.  Finally after almost 12 years together, Mia and Eddie learn to coexist and to share the love of their best guy.

This book is very much about Family, especially blended families where everyone learns to live in harmony and celebrate two cultures—even the dog.  Readers will enjoy the quick pace and smooth writing, and may finish just in time to walk their dogs. 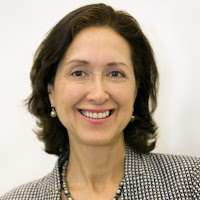 ABOUT THE AUTHOR:  Mireya Navarro is a reporter for The New York Times.  She has also taught journalism at Columbia University, the City University of New York, and the Maynard Institute for Journalism education. She was born in San Juan, Puerto Rico, and currently lives in New York City and Montclair, New Jersey, with her husband, Jim, and stepdog, Eddie.  Visit her at www.mireyanavarro.com.