BEYOND A STROKE OF LUCK: AN INTERVIEW WITH CELESTE LEÓN BY TERESA DOVALPAGE

March 24, 2016
It's March and The Latina Book Club is celebrating Women's History Month.
To help us is Teresa Dovalpage, who shares with our readers her interview of an exciting new author with a great family tale to tell. 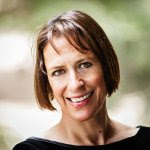 Meet Celeste León, award-winning writer and a 2013 alumna of the Squaw Valley Community of Writers. She is the recipient of First Prize in the annual contest for the High Sierra Writers group in Reno, Nevada for her essay, “Finding Home,” about her travels to Puerto Rico in search of her family roots. When Supreme Court Justice Sonia Sotomayor read the piece, she said, “If your work on your short story reflects your work on your book, it will be successful.”

Bueno, Celeste has proved her right!  The piece was also a finalist in the 2014 annual contest for The Preservation Foundation. Her short stories “Sharing Luck” and “A Lucky Man” (both published in Chicken Soup for the Soul: Celebrating People Who Make a Difference, and www.beliefnet.com) ultimately grew into her novel, Luck is Just the Beginning, released by Floricanto Press in November 2013.

Here, we chat about the book, her inspiration and her writing process.

Q: What motivated you to write Luck is Just the Beginning?

CELESTE: I’ve always been fascinated with my dad’s story since I was a child, how he literally saw a number and for the first time in his life, bought a full sheet of lottery tickets in his village in Puerto Rico and won! He spent everything he had saved since he was a child. It was an incredible stroke of luck, almost too good to believe, and rather than squander it, he used the money to achieve his dream of becoming a dentist, and follow in the footsteps of his village’s “humanitario”, the old dentist who helped my father and so many others.

Then ten years ago, I read The Color of Water by James McBride. The book is an autobiography. It reminded me of my dad’s story, who came here amidst tremendous hardship from Puerto Rico. James McBride was one of twelve children and my father was the last of fifteen! (Sadly, the first eight died in infancy in early 1900s, my dad was born in 1925.) So I thought, “I want to tell Dad’s story…” and I started writing. I took a creative writing class online and attended writers’ conferences, writing classes and workshops at my nearby community college and university (University of Nevada, Reno). I joined an amazing critique group of seven women, and thus began a project that unbeknownst to me, would take ten years to complete! It’s been life changing!

Q: Yes, “el humanitario” was such a positive influence on your papá. For me, he is the village hero, and then your dad takes after him. Did you interview your father “formally” for the book?

CELESTE: Yes, and ironically, when I first approached him about this project, he asked, “Why do you want to write a book about me?” It merely shows the kind of man my father is, extremely humble, and kind; his patience throughout the process was unwavering. Since he lives in Florida, most of the interviews were over the phone, and I have notebooks full of his stories. I also did an interview with an old fashion cassette tape recorder. In years to come, I know I will treasure it as my mother was part of the conversation and their voices will always be there for me! In my acknowledgements, I thanked my father for sharing the intimate details of his life so honestly with me. When I read that line, I still get misty-eyed.

Q: Sweet research, indeed. Qué bonito! After you finished the interviews, what was your writing process like? Did you write every day?

CELESTE: I did most of my writing on my days off from my job as a physical therapist with a break midday to walk or exercise, especially if I was stuck on a scene and needed to process it before getting back to it. I work part time, two long days a week, and would usually sneak in a little writing during my lunch break and weekends. I carried around a notepad (and still do!) to write down ideas when I was inspired to add to my manuscript later. Two times a month, I attended a critique group and that kept me motivated. I’m lucky in that I have a supportive husband and daughter; a wonderful balance of family, creativity and career. I still write daily, mainly blog posts, author interviews and articles. I recently wrote one for my local independent newspaper about my book’s evolution; click here for link.

Q: Great idea to share it! It will certainly inspire other writers. Now, what was your favorite scene to write? And the most difficult?

CELESTE: This is a work of fiction based on a true story, and very close to the events as my father told them to me. One of my favorite scenes is when my uncle, Isidro, returned to Ponce from his tour of duty in World War II as part of the famous Puerto Rican 65th Infantry and my father went to pick him up in Ponce after he sailed from France. My father’s memories of that day are vivid, and the scene shows the love and admiration between two brothers separated by war. I hope it resonates with people who lived through that war, and since the book is considered historical fiction, I tried to paint a picture for younger readers, even my generation, of what World War II was like. For the most difficult scenes, I can’t give away too much of the plot, but I’d say the couple scenes in which the character, Ramón, behaves in ways he later regrets. This is all part of his growth, however, and in the end, his actions are selfless.

Q: Are you planning to present the book in Puerto Rico? I imagine that some of the people who appear in the book are still alive, like Leo and maybe Elsie…I was thinking of Ramon’s descendants, in particular. Did you use their real names? What kind of reactions do you anticipate?

CELESTE: Yes, I’d love to promote the book in Puerto Rico! I still have cousins there and I can’t wait to hear their impressions about the book and think the reactions will be positive. As I said, this is a novel based on a true story. I have kept many names and changed a few. Almost every character is real or based on a real person, and a few are fictitious whom I added for dramatic license. So who’s real and who’s not? I love a little mystery around the book and invite readers and book clubs to contact me! Sadly, almost everyone in the story is gone now (hint, a young nephew is still with us and now about 80!). My father was the youngest of a large family, and all his siblings have passed on. He just turned 90 and is frailer now, but doing quite well and living in Florida.

Q: And enjoying the book, I bet. Which writers have influenced you the most?

CELESTE: Gabriel García Márquez was one of the finest writers of all time. For more contemporary authors, I admire Alex Espinoza, Rudolfo Anaya, Désirée Zamorano and Puerto Rican writers Esmeralda Santiago, and Rosario Ferré. An instructor from a workshop at University of Reno, Nevada, author David Sundstrand, was a great influence and tremendous support for my work. Of course, all the women in my writers critique group have been with me since the book’s inception!

Q: Las buenas amigas! This is a very inspirational story. Do you have a favorite quote or motto or quote that you live by?

CELESTE: I love the quote from Maya Angelou on the dedication page: “If one is lucky, a solitary fantasy can totally transform one million realities.” But more than luck, I live by one of the book’s themes, that perseverance and integrity are essential in accomplishing one’s goals in life. There are a few pearls of wisdom throughout this story, many of them revealed by the matriarch, my grandmother, Abuela Chepa. Two of my favorite quotes are near the end of the book: a friend tells Ramón, the protagonist, “Once your luck gets a little momentum, there’s no telling where it will take you, ay, my friend?” and a little jewel that Ramón shares with his brother, “It’s your family, your friends, and our belief in one another that count most in the end, isn’t it?”

CELESTE: I have an idea for a young adult nonfiction book, and would love to collaborate with my thirteen-year-old daughter. She’s blossoming as a great writer; I think the craft comes far more naturally to her than to her mom!

To find out more about Celeste Leon and her book, visit www.celesteleon.com 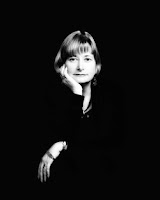 ABOUT THE AUTHOR:  Teresa Dovalpage is an award-winning author of eight books including Habanera, A Portrait of a Cuban Family (Floricanto Press). She is also a teacher, freelance journalist and playwright.  Her articles have appeared in Taos News, Hispanic Executive and El Crepúsculo.  Teresa writes in both English and Spanish.  She was born in Cuba and now lives in New Mexico.  Learn more about her by visiting her blogs.
Blog in English  http://teredovalpage.com/
Blog en Español  http://teresadovalpage.com/